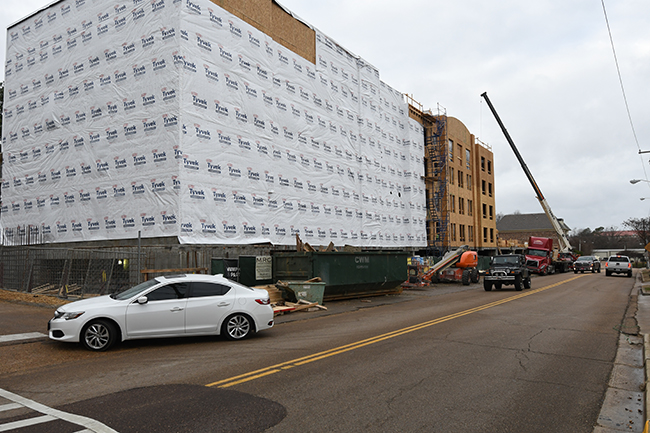 Traffic passes by construction of Uncommon Oxford, in Oxford, Miss. on Thursday, January 12, 2017.

Getting to West Jackson Avenue from the Square will be a little bit of a challenge Thursday while a section of the road will be closed to traffic.

According to the Oxford Public Works Department, the East Jackson Avenue from 6th Street to Depot Street will be closed on Jan. 19, next Thursday. 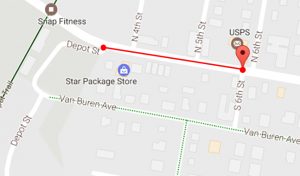 The road will be closed to allow for the installation of a water main for the development being built on the south side of East Jackson.

Uncommon Oxford, formerly known as Jackson Row, is a five-story mixed-use development that will have commercial space on the bottom floor and residential space on the other four floors.