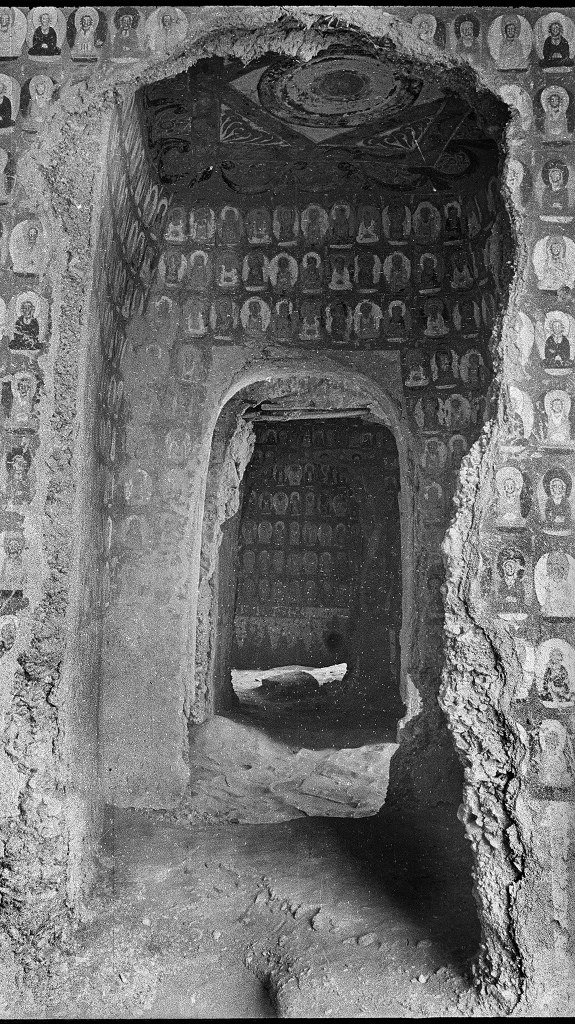 The exhibit "Dunhuang through the Lens of James and Lucy Lo" is now open at the UM Museum. The exhibit runs through April 29. Submitted Photo

Photographs of the intricately painted Mogao and Yulin Caves in Dunhuang, China are on exhibit at the University of Mississippi Museum.

“Dunhuang Through the Lens of James and Lucy Lo” features photographs taken of the caves by the Los in the 1940s. The nearly 500 caves containing artwork are in the northwestern area of China along the ancient Silk Road and are a major Buddhist pilgrimage site. The caves, which served as spaces for meditation and worship, were painted between the fourth and 14th centuries.

The exhibit opened Jan. 10 in conjunction with the Southeast Conference of the Association for Asian Studies, held on the UM campus Jan. 13-15. The free exhibit runs through April 29, and an opening reception is set for 6-8 p.m. Jan. 31.

Joshua Howard, Croft associate professor of history and international studies and a Chinese historian, proposed this exhibit to the University Museum.

“These photographs have high artistic value,” Howard said. “James and Lucy Lo used natural light and often placed mirrors in the caves to create special lighting effects and create a sense of the caves’ spirituality.

“James Lo also experimented with his photo angles; for instance, shooting a 50-foot reclining Buddha from the vantage point of the head of the statue rather than from the feet looking toward the head. The result is a more intimate and serene shot of the Buddha. Other landscape photos they took give a sense of the harsh but beautiful desert terrain the caves inhabit.”

The collection of 31 black-and-white photographs is from the Lo Archive and the P.Y. and Kinmay W. Tang Center for East Asian Art at Princeton University. The Mogao and Yulin caves illustrate artistic and architectural achievements, as well as provide an intimate look at the history of Buddhism and other religions of the region.

“These are exactly the kinds of multidisciplinary and cross-campus partnerships that the museum seeks to foster and welcome, wherein great art and artifact content can be exhibited in such close correspondence to curricular, research and teaching endeavors,” Saarnio said.

The museum, at the corner of University Avenue and Fifth Street, is open 10 a.m.-6 p.m. Tuesdays through Saturdays.