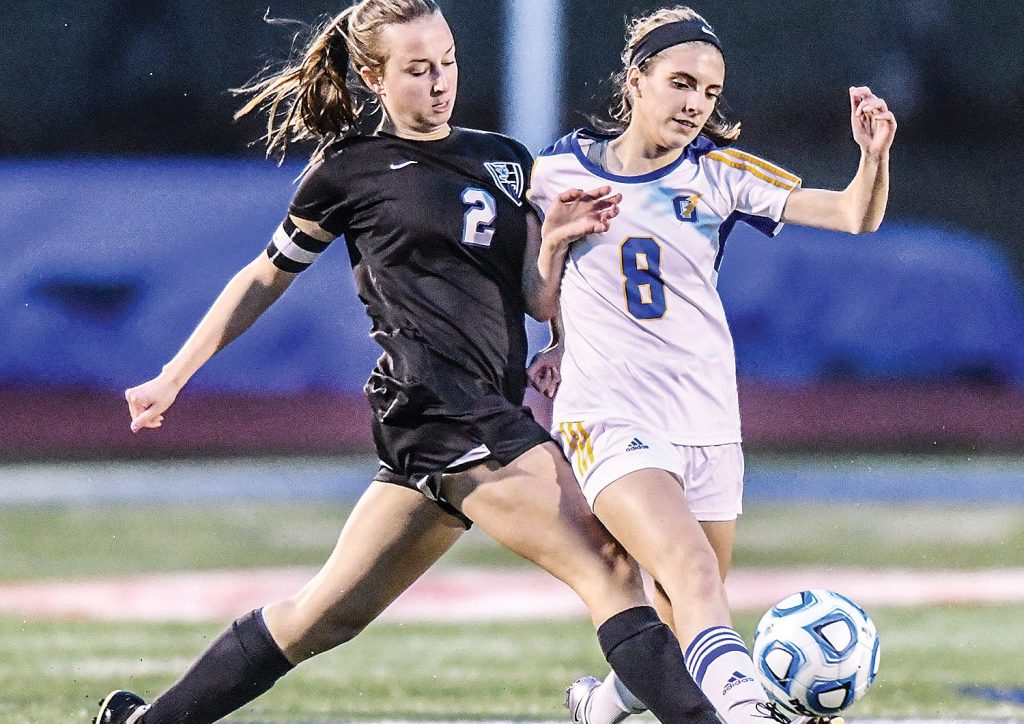 The boys’ team had already wrapped up their Region 2-5A title last week with a win over New Hope on Friday. All that was left was for the girls to join them, and in order to do that, they had to defeat Saltillo on Senior Night.

It proved to be an easy task with the Chargers sweeping Saltillo on Tuesday at Bobby Holcomb Field. The girls wrapped up another region title with an 8-2 win to open the doubleheader. While it became another lopsided and dominant win for Oxford (15-0, 6-0 2-5A) in the end, Saltillo (10-4, 2-2) gave them a brief scare as Madison Hogue put the Tigers up 1-0 in the fourth minute.

The lead was short-lived as the deficit seemed to jumpstart the Charger offense as Morgan O’Connor answered with a goal the following minute to knot it at 1-1. O’Connor would go on to score six more goals in the sixth, ninth, 39th, 44th, 45th and 49th minutes, respectively. Ally Shinall scored the other Charger goal in the 38th minute.

“Saltillo got us there early. Just missed in the middle and got us 1v1 with the keeper,” Oxford head coach Hunter Crane said. “That kind of made them mad and we woke up after that. … I want them nice, calm and relaxed. Don’t freak out because they scored a goal. Just do what you do and play Lady Charger soccer and you’ll be fine.”

Saltillo did not go away as Hogue scored her second goal in the 51st minute and the Tigers continued to put the pressure on Oxford’s backfield the remainder of the second half but could never cut into the large deficit.

With one more match left on the schedule at West Point on Friday, there is potential for Oxford to finish with a perfect regular season record heading into next week’s MHSAA playoffs, where they will host Center Hill in the first round on Tuesday.

More of the same

There was a lot of scoring on Oxford’s part in the girls’ matchup, and that trend did not change for the boys in the nightcap. The Chargers defeated Saltillo 7-1 to remain perfect in region play with a 5-0 record.

Scoring got started in the fourth minute with Oxford (14-2) as Wilkes Davis got the Chargers on the board. Neil Chandler added anoher goal in the 18th minute for a 2-0 lead. Saltillo responded with their lone goal at the 20th minute off a penalty kick.

One goal deficit was as close as Saltillo would get it as the Chargers scored the final four goals of the night, three by senior Keaton Calhoon, one by Preston Huggins and one by Dean Mott.

The Chargers will host a first-round match on Tuesday following the girls’ match.