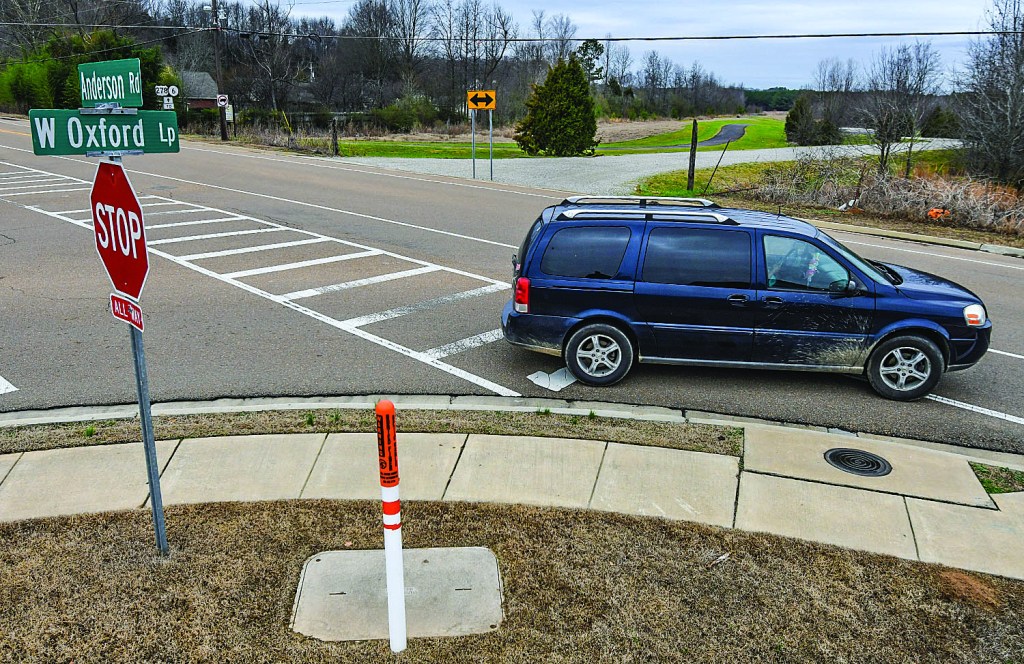 Traffic moves through the intersection of West Oxford Loop and Anderson Road in Oxford, Miss. on Wednesday, January 18, 2017.

The Lafayette County Board of Supervisors are ready to move forward with the long awaited West Oxford Loop Extension project and decided during their Tuesday morning meeting to begin eminent domain proceedings against some landowners who have not agreed to a purchase price for rights-of-way.

“We have reached agreement with several land owners, but there are still some properties that are open to question,” said County Attorney David O’Donnell. “It’s an urgent project, a necessary project and we need to keep things moving in the time frame necessary.”

Supervisor Chad McLarty agreed with O’Donnell saying, “the road should have been built 15 years ago.”

The Oxford Board of Aldermen also approved during their Tuesday meeting allowing City Attorney Pope Mallette to work with O’Donnell to begin condemnation for rights-of-way along West Oxford Loop.

Public Works Director Bart Robinson told the aldermen the city and county will continue to work with landowners to avoid having to go to court.

“There are a few properties that we may not get voluntarily,” he said.

Mallette said he would provide aldermen descriptions of the properties that might be included in eminent domain proceedings at the next Board of Aldermen meeting. 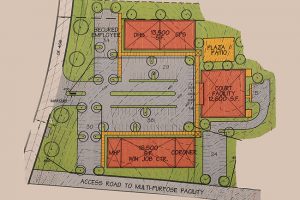 A schematic from architect Cory Alger on the proposed Lafayette County Office Park was presented to the county Board of Supervisors on Monday.

Prior to the board voting to hire him, Alger presented a master plan schematic of the design that was the result of public comprehensive plan meetings over the course of several months. The schematic will allow County Engineer Larry Britt to begin the grading process of the land, as well as make arrangements for the water and sewer that will be necessary for the facility. East Oxford Water Association will service the new facility.

The county is in the process of bidding for the grading and is expected to open the bids at their Feb. 21 meeting.

With the Mississippi Department of Transportation purchasing county property for the Highway 7 expansion, county officials needed to relocate several agencies, including the Mississippi Highway Patrol, Department of Human Services and Child Protective Services. Officials have also decided to relocate the WIN Job Center and the county coroner’s office and have partnered with the city of Oxford for a new justice court and municipal court facility.

The plan also calls for a transit station to allow bus commuters to access the facility.

Future development includes a multi-purpose facility, as well as an amphitheater and three-plus acre pond.

Alger added that the new facility is being designed with expected future growth of the county in mind.

Supervisors also appointed a Comprehensive Plan Implementation Committee that includes both county employees and developers, many of whom are already on the current comprehensive plan steering committee and transportation and infrastructure committee.

Supervisors went into executive session a second time to discuss a potential prospect for the county industrial park.

No action was taken.