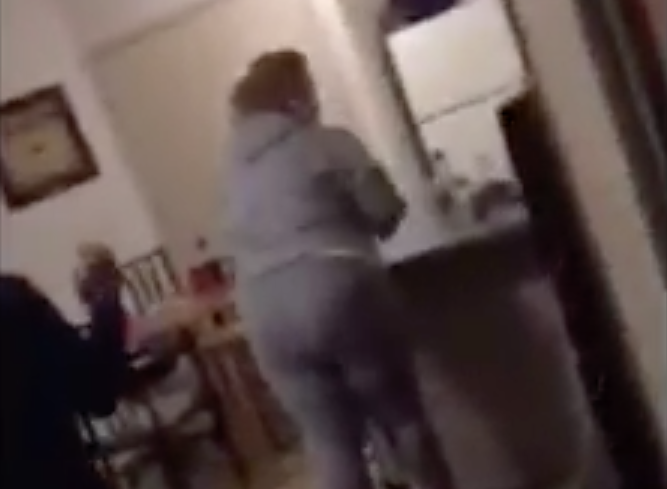 By Alyssa Schnugg and Andy Belt

A video showing a local property manager cursing at a tenant and pushing bottles and food off a counter onto the floor is making its way around Oxford and beyond and local police say the woman could be charged criminally.

The video was posted by Ashley Walter, a law student at the University of Mississippi Robert Khayat School of Law, who was visiting a friend at The Links apartments for a get-together with other law students.

Walter said at around 10 p.m., when people were getting ready to leave, the property manager Debbie Pastor busted into the apartment and started yelling and cursing.

“At that point, we didn’t really know what was going on,” Walter said. “None of us were aware of who she was and we were kind of in shock. She said, ‘everyone get out.’ And we all began to leave and that’s when she started yelling and cursing at the tenant of the apartment. She was very irate.”

The video shows Pastor slamming the door at one point. Walter said she and her friends opened the door because they were scared for their friend left inside with Pastor.

“And that’s when she stood up from the couch and started trashing the entire apartment,” Walter said.

Walter said she asked Pastor why she was doing this but Pastor refused to talk to her.

“I told her I had everything on video and at that point, she became even more outrageous,” Walter said. “She slammed the door in my roommate’s face and pushed me. We immediately opened the door back up and said, ‘don’t touch me.’ We called the police on our end, but she had already called the police.”

Police arrived on scene and found several people outside of the apartment.

“Everyone was talking at once so we asked everyone to take their hands out of their pockets and calm down so officers could get the correct details,” said Oxford Police Maj. Jeff McCutchen.

McCutchen said investigators are currently examining the lease to find out when a landlord or property manager can access an apartment and if notice is required.

“I feel at some point charges will be filed for at least malicious mischief,” McCutchen said. “Regardless of whatever right she may or may not have had to be in the apartment, which hasn’t been determined yet, that’s a misdemeanor charge.”

Someone answering the phone at The Links this morning said the manager was no longer employed there but that they had “no other comment.”

Lindsey Management Company, based in Fayetteville, Arkansas, manages the Links. A representative said they would be making a statement about the event sometime today.

The EAGLE will update the story as more information becomes available.

View the video at the link below: