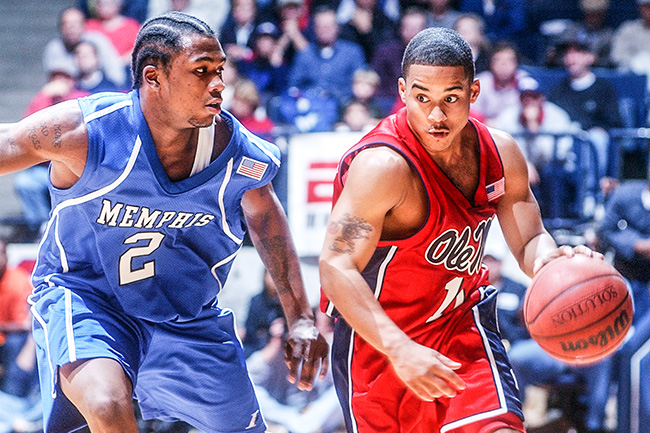 One of the most popular players in Ole Miss Basketball history, Harrison earned All-SEC honors twice during his career from 1999-2002 and helped lead the Rebels to three NCAA Tournament appearances and a pair of SEC West titles.

The 5-5 point guard hit one of the biggest shots in Ole Miss history – a 3-pointer with 48 second left – that propelled the Rebels over Norte Dame in the 2001 NCAA Tournament and to the first Sweet Sixteen appearance in school history. Harrison stills ranks in the top ten in Ole Miss history in assists, free throw percentage and wins.

Featuring former greats from all 14 Southeastern Conference member institutions, the Allstate SEC Basketball Legends will be honored at the SEC Men’s Basketball Tournament March 8-12 at Bridgestone Arena in Nashville, Tenn.

Highlighting the schedule of events at the Sunkist Soda SEC FanFare will be appearances by selected legends. Fanfare will be located at Broadway and 5th Avenue.

This marks the 19th year of the SEC Basketball Legends program.