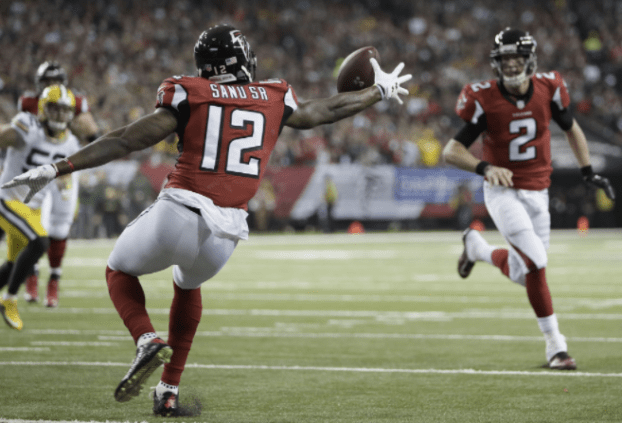 HOUSTON (AP) — Houston is the nation’s fourth largest city, a sprawling metropolis larger than some small states. But the good news for those visiting for Super Bowl LI is that most of the events surrounding the game will be concentrated downtown, making it easy to visit a number of attractions.

There are thousands of hotel rooms downtown where fans can stay, and from there it’s about 11 miles to NRG Stadium, home of the Houston Texans, where the Feb. 5 game will be played.

Super Bowl LIVE is a free fan festival that stretches from Discovery Green across from the George R. Brown Convention Center to Root Park near the Toyota Center, where the Houston Rockets play. The festival, which runs from Jan. 28-Feb. 5, will include artists, exhibits and games. An area called Houston Live will showcase the city and its history. Super Bowl LIVE will also include a virtual reality experience, Future Flight, created with help from NASA, which will take fans on a 90-foot-drop tower ride mimicking a spaceflight to Mars.

The convention center hosts the NFL Experience Jan. 28-29 and Feb. 1-5. Billed as an interactive theme park, it will have games, youth football clinics, autograph sessions, a display of Super Bowl rings and a chance to take a picture with the Lombardi Trophy, given each year to the Super Bowl champions. Open daily 10 a.m.-10 p.m. except Sundays. It closes at 8 p.m. Jan. 29, and shuts down for good at 3 p.m. on game day. Tickets start at $25 for children 2-12, $35 for those 13 and over and are on sale here .

Fans can get a peek at the teams in the Super Bowl on Jan. 30 at Super Bowl Opening Night downtown at Minute Maid Park, home of the Houston Astros. The event is the first time during Super Bowl week that players in the big game meet with media as fans watch from the bleachers. It features a performance by rock band X Ambassadors and an appearance by Hall of Fame quarterback Warren Moon.

“I will always be grateful to the city of Houston and its fans for giving me a chance to play professional football,” said Moon, who starred for the Houston Oilers. “On Super Bowl Opening Night, I am excited to return to my second home and to help fans experience the energy of the big game before kickoff on Sunday.”

Those attending the event will get gift bags with a radio which they can turn to NFL Network coverage to listen in on player interviews. Doors open at 5:30 p.m., interviews are from 7:15-8:15 p.m. and 9 p.m.-10 p.m. Tickets start at $20 and can be purchased here .

To get all the information about Super Bowl week at your fingertips, download the official Super Bowl app . The app includes details on events, transportation, tips on navigating different areas of the city and even a trivia game.

Free circulator shuttles will run downtown during Super Bowl week. Called Greenlink, three routes will take guests from parking lots on the west side of downtown to the entrance to Super Bowl LIVE and in and around Discovery Green. There’s also a prepaid parking app fans can download to reserve spots at guaranteed rates. The app, called Fan Mobile Pass app, also provides directions to the lots.

Club Nomadic , dubbed a “traveling nightclub experience,” will be open during the weekend of the Super Bowl. The 62,500-square foot, three-story nightclub holds 9,000 people with special areas for celebrities and VIP ticket holders. The venue, 2121 Edwards St., hosts the EA Sports Bowl with a performance by Sam Hunt and the Chainsmokers on Feb. 2, welcomes Bruno Mars on Feb. 3 and ends with a performance by Taylor Swift on Feb. 4. Tickets are pricey, but can be purchased here .

Looking for a break from football? Catch a basketball game! James Harden and the Houston Rockets host the Atlanta Hawks and former teammate Dwight Howard on Feb. 2. A Feb. 3 game against Chicago features a halftime ceremony where Hall of Fame center Yao Ming’s jersey will be retired. Games start at 7 p.m. and tickets may be purchased here .

HANG WITH A HEISMAN WINNER

Though Johnny Manziel flamed out of the NFL after just two lackluster seasons that were notable more for his off-the-field problems that his football skills, he still has a huge fan following and will be looking to cash in on that during Super Bowl week. Manziel, who starred at nearby Texas A&M before being drafted by the Cleveland Browns, will host two autograph signings leading up to the Super Bowl. The events will be held at two local malls on Feb. 2-3 and $99 will get an autograph by the man known as Johnny Football, with an extra $29 charge for an inscription of up to four words. A photo opportunity with the quarterback is $99, but fans can take a selfie for just $50.

Pop-Up Oxford gets underway today for week of events

Pop-Up Oxford, a new week planned with events and activities to encourage tourism during the winter, is set to debut... read more