19 people killed from winter storms and tornadoes across the South 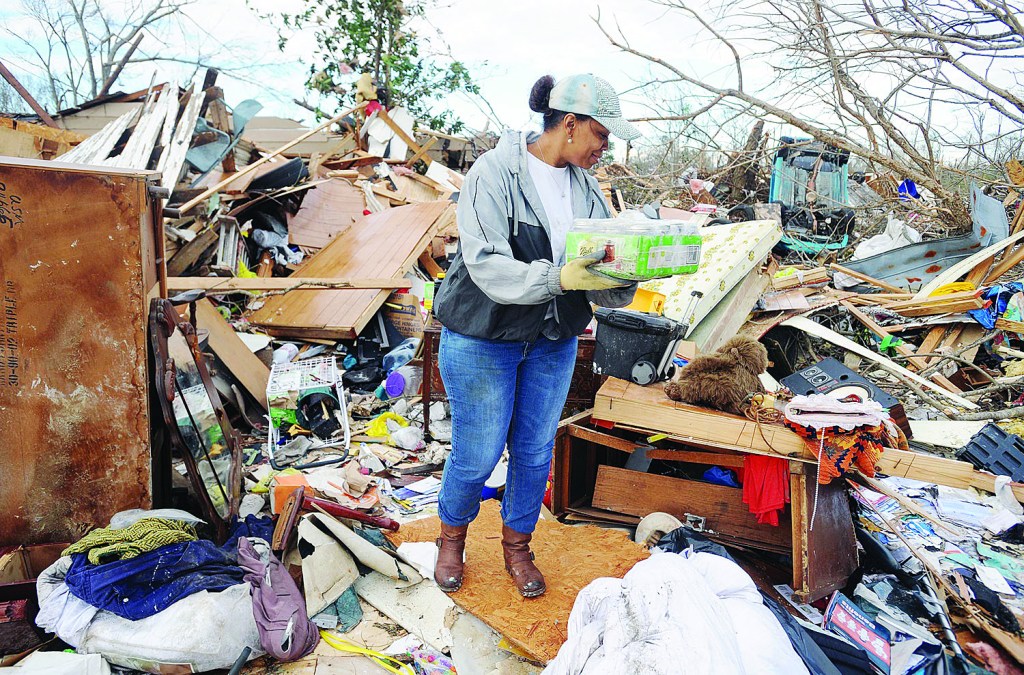 ALBANY, Ga. (AP) — Chuck Stafford was watching the Atlanta Falcons rout the Green Bay Packers for the NFC title Sunday afternoon in the mobile home park in Albany where he’s lived for more than 31 years when the weather started getting bad.

Stafford, 74, had gotten up to go to the restroom during a commercial when the storm hit. He said the wind started blowing and the mobile home started shaking. “I grabbed hold of my washer and dryer, got my legs spread apart and hunched over,” Stafford said. “I guess I picked a good time to go to the bathroom.”

The force of the winds blew the windows out of Stafford’s trailer and glass was everywhere, but he survived the storm that has killed 19 people across the Southeast, including 15 in south Georgia alone.

Early Monday, Stafford was back at the trailer park with his sister, hoping to get in to look at his belongings. Meanwhile, fire and rescue crews kept residents out as they searched the debris looking for people who might have become trapped when the storm hit.

Dougherty County Coroner Michael Fowler said that a total of four people died Sunday in the county that includes Albany.

Some 60 miles away, Coroner Tim Purvis in south Georgia’s Cook County confirmed seven people died at the mobile home park in the rural community of Adel, where about half of the 40 homes were leveled. Debris lay about not far from mobile homes largely untouched but emptied of survivors and cordoned off by police.

Elsewhere, shredded siding from mobile homes, a house stripped of exterior walls but left standing, even a piano blown outdoors, all bore evidence of the power of the powerful storms system that tore across the Deep South during two days, killing four in Mississippi on Saturday.

The 15 killed in south Georgia included two deaths each in the counties of Berrien and Brooks.