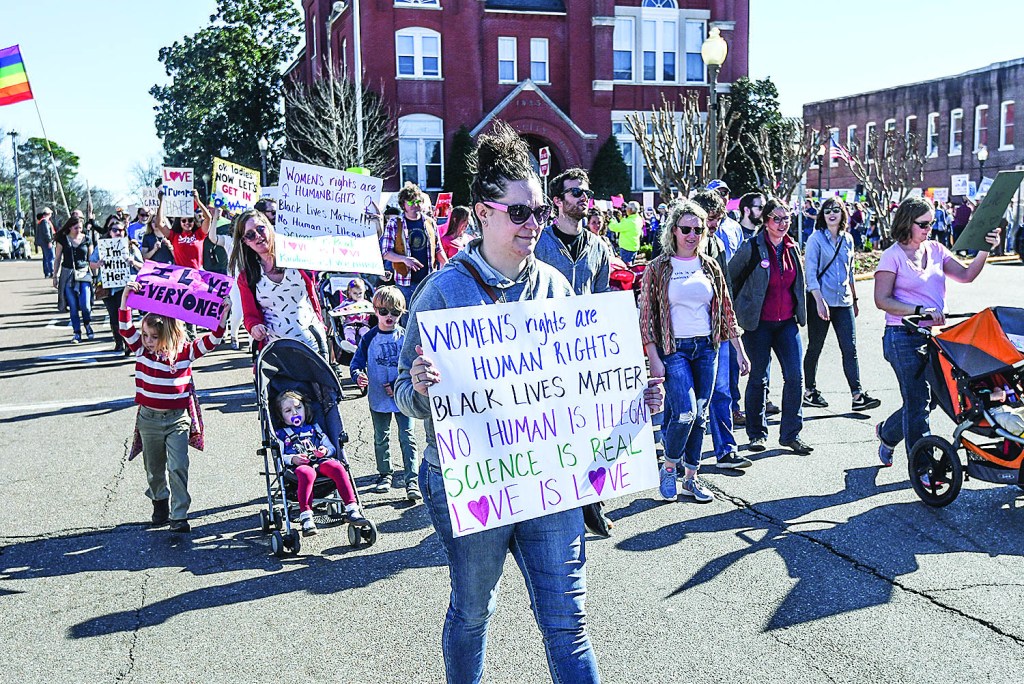 Saturday was no different when hundreds of people took part in the Oxford March for America rally.

The crowd was larger than organizers expected when they pulled a permit to march along the sidewalks of the Square. However, once the crowd formed, the Oxford Police Department allowed the marchers to walk in the street around the Square. They circled around the Lafayette County Courthouse twice.

OPD Maj. Jeff McCutchen said there were no fights or other issues associated with the march.

“The crowd was a great representation of the cause as well as those organizing it,” he said this morning.

Minister Gail Stratton, who was one of the speakers at the rally, said she’s encouraged by the number of people who love and care for their country.

“There are people who are willing to do things they have never done before, like organize a march or speak at such a large gathering,” she said. “I believe Donald Trump promised change, and I think the change is a great awakening as people consider what is important to them. All people matter. It matters how we treat each other. And we are all in this together. I choose community over chaos.”

One of the march’s organizers, Susan Mason said the march was “amazing.” 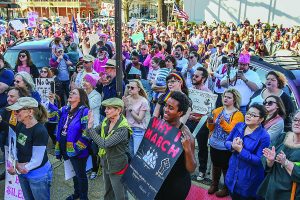 Participants in the Women’s March for America listen to a speaker, in Oxford, Miss. on Saturday, January 21, 2017.

“Most of us were surprised by the turnout,” she said. “It couldn’t have been a friendlier place to be.”

More than 120 people wrote on a Wall of Action, committing to get more involved in local and national government.

“Some said,’vote.’ A few said they would write more letters to government officials. Some said they’d talk to their friends more and get involved,” Mason said.

Mason said the event was not a protest.

“We planned it as a way for people to show what they’re concerned about and that they’re willing to fight,” she said. “It didn’t feel like a protest. People were enthusiastic, but not angry.”

Organizer Sue Fino said she was grateful to the mayor and OPD for their help in accommodating the crowds.

“In addition, the mayor’s office provided the sound equipment,” Fino said. “(OPD) provided  a patrol car to lead the march along with several officers called from home to monitor the event.”