Oxford soccer sweeps, advances to second round of Class 5A playoffs 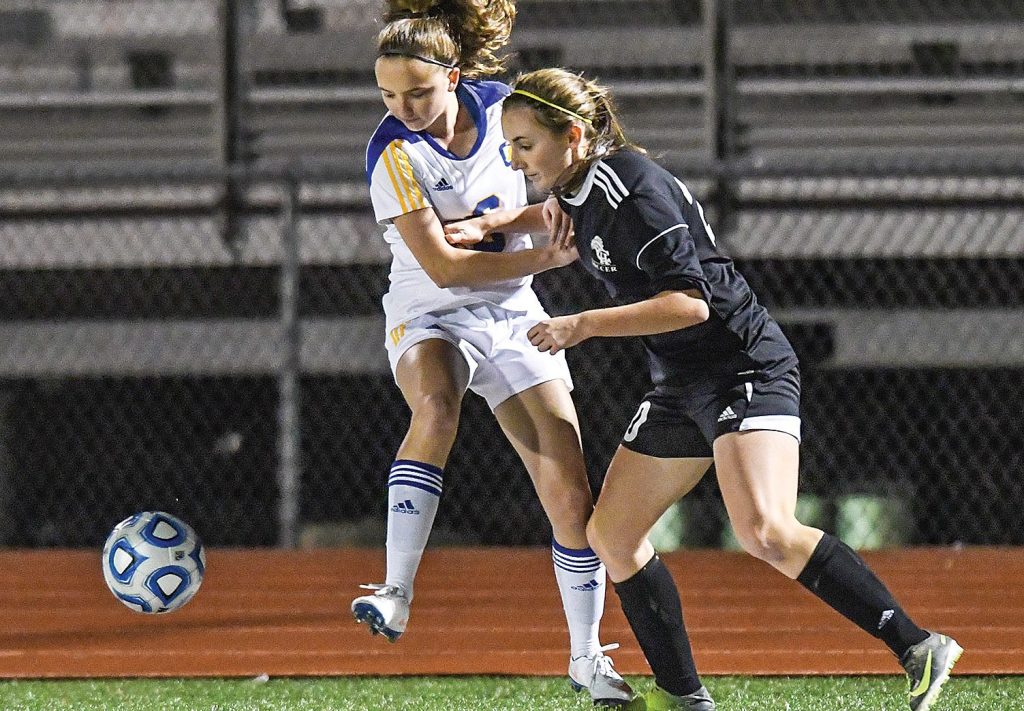 The MHSAA state soccer playoffs got underway this week, and for the Oxford High girls, so did their defense of their Class 5A state title won a year ago.

The Lady Chargers did not have to break much of a sweat in their first-round match, defeating Center Hill 8-1 Tuesday night at Bobby Holcomb Field. It is the second win over the Mustangs this season as Oxford defeated them 3-0 back on Nov. 19.

With the win, Oxford improves to 16-0 on the season and advances to Saturday’s second round where they will travel to Grenada, which defeated Vicksburg 7-0 to advance.

The victory was another carbon copy of the Chargers’ first 15 wins as the offense struck early while the defense stifled yet another opponent. Ally Shinall got the scoring started for Oxford with a goal in the 12th minute. Addison Meadows followed with her first goal of the night in the 25th minute. Senior Grace Anne Joyce scored her two goals of the night in the 30th and 36th minutes, respectively. Freshman Morgan O’Connor scored her lone goal at the 39th minute to give Oxford the 5-0 lead at halftime.

It was the only goal O’Connor would net as the standout was held in check by the Center Hill defense.

“(Center Hill) kind of did some things that we kind of expected them to do,” Oxford head coach Hunter Crane said. “I knew they were going to man mark (O’Connor) so we kind of prepared for that all week. The girls showed up and did kind of what we wanted them to do.”

Oxford added onto their large lead with goals in the second half by Ruthy Jenkins, Meadows and Clarissa Strum.

Center Hill (9-12) avoided the shutout with a goal in the 68th minute by Logan Tomlinson.

“They didn’t have many opportunities,” Crane said of Center Hill’s offense. “We kind of neutralized them with speed. We’re pretty fast back there on the back line, and we were able to do the kind of things we wanted to do. (Center Hill) wanted to kick that ball up the field and were able to neutralize it.”

The action was not as fast paced, but the Oxford High boys team kept their season alive with a 1-0 victory over Lewisburg in their first-round match. The Chargers (15-2) will travel to Ridgeland, who defeated Grenada on Monday night, for Saturday’s second round.

The first half was back and forth with both the Oxford and Lewisburg (9-6) offenses unable to control the pace of play. It was the Chargers who were the first to knock the zero off the scoreboard when Cole Calhoon scored the match’s lone goal with a long-distance strike in the 32nd minute.

Calhoon’s goal was just enough as Lewisburg put pressure on Oxford’s backline but could never find the net. There was drama late as it appeared Lewisburg’s Trevor Piel had knotted the game up 1-all, but the goal was wiped clean as offsides was called with less than two minutes remaining.