Mississippi lawmakers are once again debating substantial changes to state elections laws including early voting, online voter registration and the thorny question of restoration of voting rights for convicts. 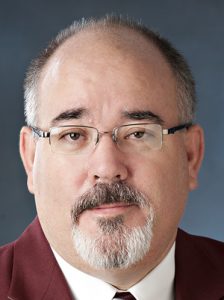 This week, the 2017 House Election Committee unanimously passed both early voting and online registration bills and created a study committee to review rules for restoration of suffrage or voting rights for convicts.

Like most of the South, Mississippi’s voting rights restoration laws have a basis in Jim Crow. Prior efforts to change the laws have met with conservative resistance. But in recent years and as late as this week, the House is seeking conservative Republicans bring the suffrage restoration legislation forward.

Mississippi has no early voting and an excuse is required for absentee voting. In Mississippi, the only “early” votes are absentee ballots that are available beginning 45 days before an election, but only for certain excused reasons including the voters knowing that they’ll be out of their home county on election day or disability or voters past age 65. College students and members of the armed forces can often vote absentee ballots.

Nevertheless, early voting is reality in most of the country, according to the National Conference of State Legislatures (NCSL):

“More than two-thirds of the states — 37, plus the District of Columbia — offer some sort of early voting. Early voting allows voters to visit an election official’s office or, in some states, other satellite voting locations, and cast a vote in person without offering an excuse for why the voter is unable to vote on Election Day.

Some states also allow voters to receive, fill out and cast their absentee ballot in person at the elections office or at a satellite location rather than returning it through the mail. This is often referred to as in-person absentee voting. Satellite voting locations vary by state, and may include other county and state offices (besides the election official’s office), grocery stores, shopping malls, schools, libraries, and other locations.”

Tennessee and Texas have “no excuse” early voting but require excuses for absentee ballots. In other words, Mississippi is outside the mainstream of the majority of states in terms of early voting. And in a society that worships time, in a sense, there can be no real reason for that fact beyond partisan considerations, fears or strategies.

The fact is early voting is no panacea for increasing voter turnout just as voter ID was no panacea to eliminating election fraud. The fact is absentee ballots in Mississippi still present the greatest opportunity for political mischief. Republicans and Democrats alike know this.

Historically, the Senate has always been a tougher place to get election reforms adopted. But perhaps this year will see renewed debate of the benefits of early voting and full online registration.

Restoration of suffrage is a more difficult issue, but few reforms would be more progressive than standardizing that process and making it one that clearly serves rich and poor, black and white, all Mississippians the same.