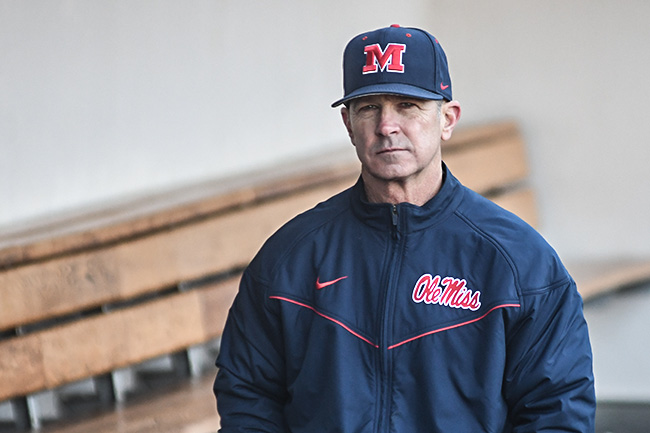 Ole Miss began baseball practice Friday. If the preseason rankings are any indication, where the Rebels ultimately end the 2017 season is anyone’s guess.

Ole Miss returns half its starters from a 43-win team that made the NCAA Tournament for the 14th time in head coach Mike Bianco’s first 16 seasons at the helm, but the departures were significant. Gone are All-American outfielder J.B. Woodman, shortstop mainstay Errol Robinson and catcher Henri Lartigue along with Friday night starter Brady Bramlett and closer Wyatt Short.

There’s talent left over and plenty more the Rebels have added. Senior third baseman Colby Bortles and second baseman Tate Blackman, the Rebels’ third-leading hitter last season, are back along with outfielder Ryan Olenek (48 starts as a freshman) and infielder Will Golsan to go with what multiple publications dubbed as the No. 1 recruiting class in the nation.

How well outsiders expect it all to come together varies in the preseason polls. The Rebels are ranked as high as No. 8 by Perfect Game and as low as 24th in the USA Today coaches poll. Others didn’t include Ole Miss in their preseason rankings.

“It’s good being ranked and just keep getting better if we’re not,” Blackman said. “We’re not going to look down upon a ranking because they didn’t rank us or a poll because we’re not in the top 25. We’re just going to come out here each and every day and try to be the best team we can be.”

The offense was potent in the fall with Blackman and Bortles manning their usual spots in the middle of the order. Former Oxford High standout Thomas Dillard’s power bat could play in the outfield or at catcher while fellow freshman Grae Kessinger, another Oxford High product, is in the mix to take over at shortstop.

With the Rebels’ Feb. 17 opener against East Carolina less than three weeks away, Bianco said the most pressing task is nailing down the rotation with plenty of options at his disposal.

Left-hander David Parkinson posted a 2.78 earned run average in 68 innings last season and finished as the No. 2 starter while James McArthur (4.26 ERA in 12 starts) eventually worked his way from a midweek starter to the weekend rotation as a freshman. Senior Sean Johnson (4.96 ERA) made nine starts a season ago while Will Stokes, Andy Pagnozzi and Brady Feigl, all of whom threw more than 40 innings last season, could get a look along with freshmen Will Ethridge and Ryan Rolison.

Bianco said he’ll take the opening weekend and beyond to sort through it all.

“We really like the staff, we like the depth of it and potential starters and potential relievers and how that’s all going to come together, but we’ve got to really figure it out to be really comfortable that first weekend,” Bianco said. “To be honest with you, because we have so much depth — and not just on the mound but in the field — the first few weeks will really be switching some guys around, switching the rotation around and switching some positions around.”

Said Blackman, “Our backups could be better than our starters. We’re just a very talented team. I guess that’s always a good problem to have.”