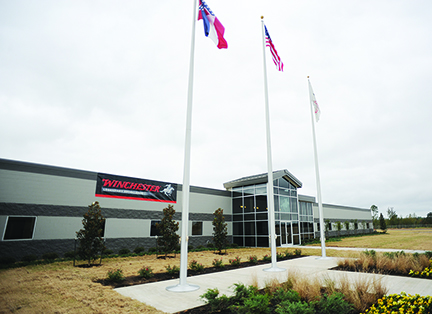 From staff and wire reports

A nearly $91 million extension to an Army contract means more work at the Olin/Winchester centerfire ammunition plant in Oxford.

A Pentagon list of military contracts signed Friday includes a $90.8 million modification to a contract for 5.56mm, 7l.62mm and .50-caliber ammunition cartridges.

The contract is between Olin Corp. of East Alton, Illinois, and the Army Contracting Command in Rock Island, Illinois, but the work is to be done in Oxford.

Jon Maynard, President and CEO of the Oxford-Lafayette County Chamber of Commerce and Economic Development Foundation was very pleased with the announcement and thanked Olin/Winchester officials for deciding to choose to grow their business in Lafayette County.

“We are incredibly proud of the work that is being done by the Mississippians employed by Winchester. Their hard work and dedication is how Winchester succeeds,” Maynard said in an email.  “Winning a military contract means that the work being done here can continue long into the future.”

In November 2010, Olin announced plans to move its Centerfire ammunition operations from East Alton, Ill., to Oxford and build a 500,000-square foot facility next to its existing Winchester ammunition plant in the Max D. Hipp Lafayette County Industrial Park.

The Centerfire plant opened in 2011, creating about 1,000 new jobs. Currently, Winchester employs approximately 1,400, according to figures from 2016.

The Winchester Ammunition plant first opened in Oxford in 2005 in the former 200,000-square foot Emerson Electric Building in the Industrial Park.