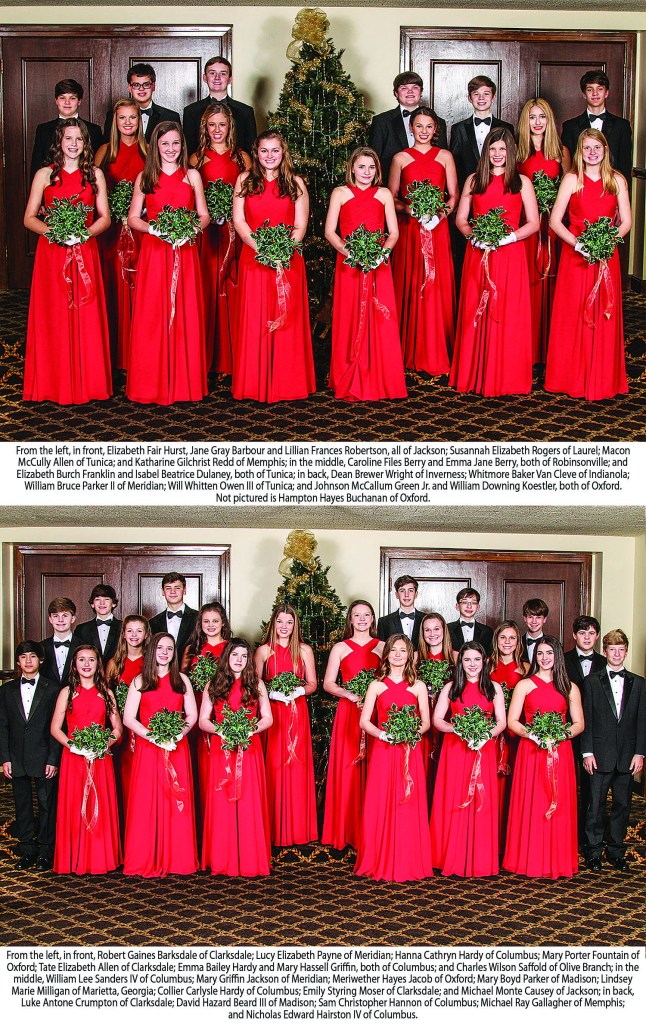 Pages and page escorts honored at the 2016 Presentation and White and Gold Ball Dec. 30, 2016 at the Greenwood Country Club in Greenwood, Miss.

The Southern Debutante Assembly held its 2016 Presentation and White and Gold Ball on the evening of Dec. 30 at the Greenwood Country Club in Greenwood. Thirty-four debutantes were presented to society at the event.

Members of the assembly’s Governing Board greeted the honorees’ guests entering the foyer. Several hundred attended from around Mississippi and other states.

Two local pages and three escorts to the pages also attended the event.

Several events honored the debutantes, pages, page escorts and others.

In a separate area of the clubhouse, Johnny Jennings of Greenwood played current favorite tunes as the pages and page escorts enjoyed refreshments, dancing and visiting.