William Nichols – an architect of the Old South 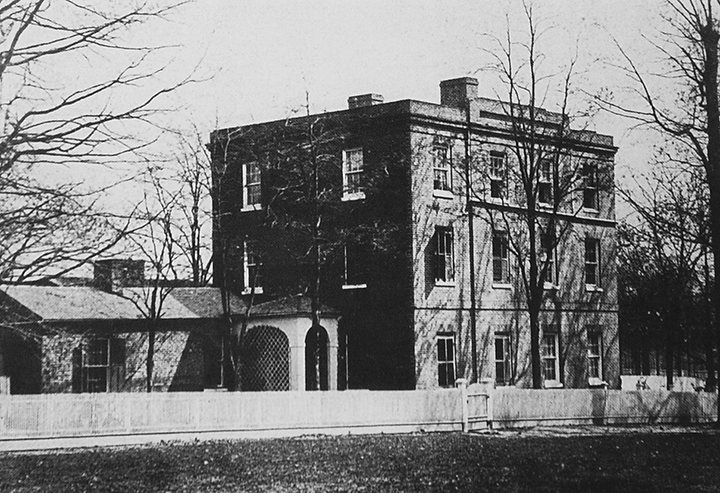 This photo shows one of two residences for the professors at the University of Mississippi in 1848. As part of the compensation to the professors, a residence on campus was provided.

Some time ago, I wrote about the legislative bill introduced by James Alexander Ventress for the formation of a state university for Mississippi. If you will recall, one of the four men appointed by Gov. A.G. Brown to make an on-site inspection of the cities that were considered for a site for the new university was William Nichols, the state architect.

This week I want to give you a little background on the man who designed and oversaw the building of the Lyceum, the old Chapel (now the Croft Institute), and several dormitories and faculty housing.

In 1979, the curator of Architect, Design and Engineering Collections for the Library of Congress, C. Ford Peatross, and Robert O. Mellown from the University of Alabama formed an exhibition of photographs of some of the buildings designed and built by Nichols throughout the South. If you would like to see these photos, they can be seen at the University of Mississippi Department of Special Collections on campus in the J.D. Williams Library. 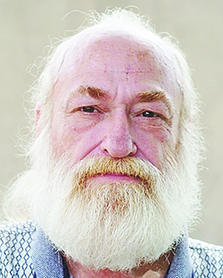 Peatross states Nichols had been the principal architect for state buildings and some stately homes in North Carolina, Alabama, Louisiana and Mississippi. Fewer than a quarter of his buildings remain today. They have been steadily reduced in number by fire, war and too many cases by the ignorance of succeeding generations who valued the land on which his buildings stood more highly than the structures themselves.

Nichols was a native of Bath, England, which had an influence on his work as an architect. He was born in 1777 and immigrated to the United States at age 23 in 1800.

In 1813, he became a citizen of this country probably because of the pressures of the War of 1812. While in North Carolina, he designed and built buildings around the state, including buildings at the University of North Carolina at Chapel Hill.

He is said to have made friends with some of the most influential families in North Carolina. As the younger second and third children of these families moved from North Carolina into the old Southwest of Alabama, Mississippi and Louisiana and started new towns and universities, the knowledge of this architect moved with them.

One of these people was Jacob Thompson, who had attended UNC and would later be one of the first trustees of the new state university at Oxford.

Nichols was then employed to design and construct many of the state and public buildings in the newly opened Indian lands of these states. By 1825, he had left North Carolina for Alabama,

While in Tuscaloosa, from 1827 to 1833, he designed the state capitol, several university buildings, the State Bank, the Episcopal Church, and probably the Town Hall and Methodist Church as well as many private homes. In December of 1833, he and his family then moved to Louisiana. They would later move to Mississippi in early 1836 where he would remain until his death in 1853.

After arriving in Jackson, Nichols began work on the State Capitol building, the Governor’s Mansion and the State Penitentiary. He is also credited with the design of the Courthouse in Canton in 1852, which remains until today. Of course, the Governor’s Mansion and the Old State Capitol building also remain, but the State Penitentiary was torn down to make way for the present State Capitol in 1901. By 1840, he was the State of Mississippi Architect, the same position he held in North Carolina and Alabama.

Nichols, as the state architect, spent a great deal of time in Oxford from 1846 to 1848 while he was superintending the erection of his designs for the University of Mississippi.

His design for the university was followed for about the first 10 years of construction of the campus buildings. The plan for the buildings on the campus was to have the buildings in a circular or octagonal plan situated around and open area. That is the Circle, which starts with Ventress Hall, which was not one of his buildings (it was constructed in 1889).

During this period he also designed the Chapel along with the Lyceum and two faculty homes and two dormitories. The University of Mississippi buildings represented the culmination of Nichol’s campus designs.

In a departure from the arrangement used at the universities of North Carolina and Alabama, Nichols designed the University of Mississippi campus in the octagonal or circle form.

The Lyceum, at the top of the octagon, contained classrooms, a chemical laboratory and the library (which was started with the library of Jacob Thompson who donated his collection to the university). Nichols designed the Lyceum after an Ionic temple on the Illysis near Athens

As built, it represented a compromise between the architect and the Board of Trustees. Nichols had originally designed the Lyceum to rest on a full basement similar to that employed in his design for the State Capitol in Jackson.

Flanking the Lyceum were two dormitories. Next were two faculty houses directly opposite one another and the Chapel (the old “Y” building). The octagonal arrangement was completed after Nichols’ death and was built according to his original plans for the University in 1853 and 1857. The bottom of the octagon directly opposite the Lyceum was left open.

If you have a copy of my book, published in 2008, you will find a map of the university as the campus looked in 1861, just before it was closed at the beginning of the Civil War.