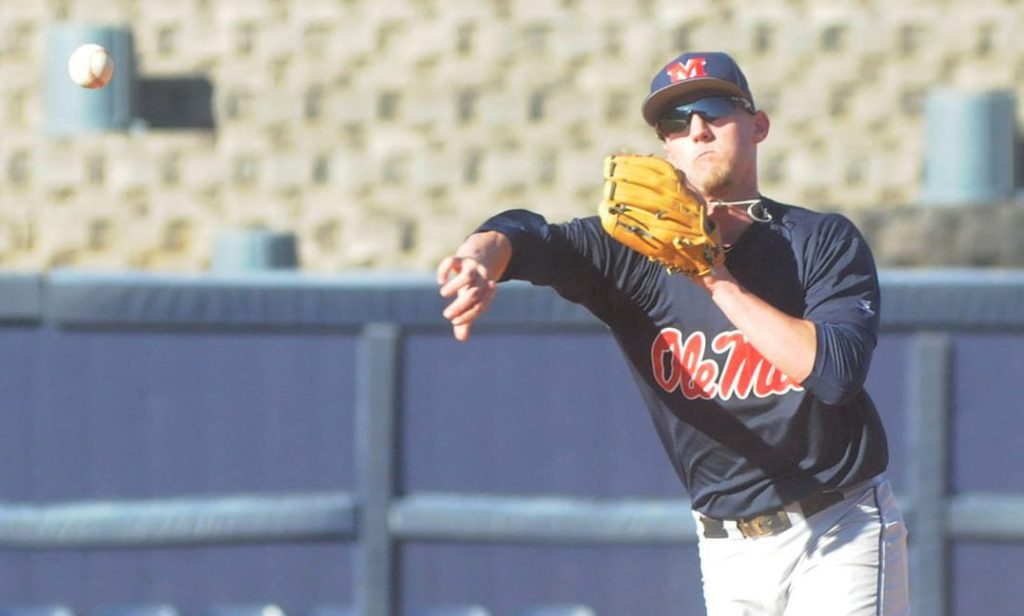 When Grae Kessinger texted Tate Blackman to share with Blackman he had been tabbed as D1Baseball.com’s preseason Southeastern Conference Freshman of the Year, Blackman’s initial response was congratulatory.

The Rebels’ third-year second baseman then offered some advice to his new teammate.

It’s an approach that’s usually worked for Kessinger, who has the baseball name with a skill level to match.

One of the gems of Ole Miss’ top-ranked recruiting class, Kessinger was one of the nation’s top prep shortstops last season at Oxford High and was drafted by the San Diego Padres, but he slid to the 26th round once it became clear that teams weren’t going to be able to meet the price Kessinger was asking to bypass the college experience. The third-generation Rebel is vying to join Errol Robinson and Zack Cozart as the only true freshmen to start at shortstop during head coach Mike Bianco’s tenure, and Kessinger doesn’t believe he has to do anything out of the ordinary to make that happen.

As for the lofty expectations, they’re nothing new for Kessinger. His grandfather, Don, was an All-American at Ole Miss at the same position before becoming a six-time MLB All-Star. His uncle, Keith, was an All-SEC shortstop for Ole Miss while his father, Kevin, was an outfielder for the Rebels.

An Under Armour All-American in high school, the youngest Kessinger helped lead Oxford to back-to-back MHSAA Class 5A titles before following in those footsteps.

“When you’ve had that name and you grow up in Mississippi, you’ve kind of always had that expectation of how you’re supposed to play,” Bianco said. “He’s handled it great his whole career.”

Kessinger said the Rebels’ strength program has helped him fill out his 6-foot-2, 190-pound frame while a fall spent facing college pitching has aided in refining his approach at the plate. With above-average range and a natural feel for the position, Kessinger’s defense is the strength of his game.

“When he plays the game, the game seems slower,” Bianco said. “Most kids when they play and move from high school to here, you can tell that they’re trying to catch up to the game. He almost seems like he slows the game down.”

Taking the field at the same spot as his grandfather and uncle when Ole Miss opens the season against East Carolina on Feb. 17 would be “a dream come true,” Kessinger said. That’s when all the talk will stop and he can just play.

“Once you walk in between those lines, everything else is gone,” Kessinger said. “Once I walk out there, it’s just play the game you love and be with the guys you love. Everything else is just irrelevant at that time.

“I want to do the best I can and hopefully I can say at the end of the year that (the preseason accolades) stood to be true.”