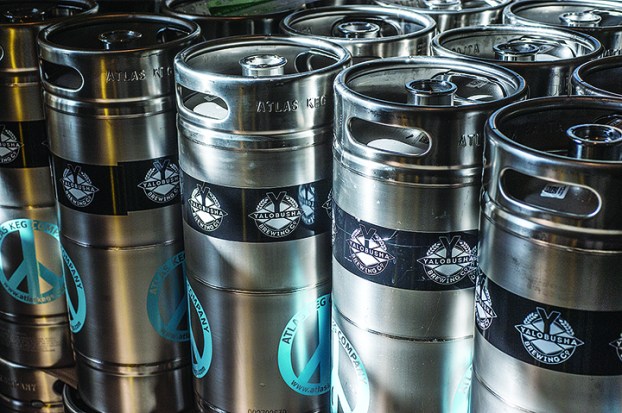 Yalobusha Brewery Co., in Water Valley, is among the craft breweries in Mississippi trying to get legislation passed that would allow them to sell their beer on their premises.

A bill that would allow craft beer enthusiasts to buy beer from their favorite local craft brewery on site made it over its first hurdle Tuesday in Jackson.

The House Ways and Means Committee voted to send House Bill 1322 for consideration by the full House.

If passed, the bill would:

• Allow in-state breweries that manufacture no more than 60,000 barrels of beer per year to sell their beer for on-premise consumption through tap rooms and to sell up to 576 ounces per day per consumer, or two cases, for off premises consumption between 7 a.m. and midnight.

• Provide for an annual cap for tap room sales and off-premises consumption sales of 10 percent of the annual production for the brewery or 1,500 barrels, whichever is less;

• Require breweries to pay state excise tax and sales tax on beer sold through the tap room and for off-premises consumption;

• Provides the necessary safeguards for all tiers of the beer industry.

Matthew McLaughlin, executive director of the Mississippi Brewers Guild, said the bill is significant for many reasons.

“It will make Mississippi breweries more competitive in the rapidly changing and global beer industry, which will translate into capital investment and job creation for our Mississippi communities,” he said. “But more importantly, this bill will strengthen the relationship between Mississippi breweries and their distribution partners.”

“Breweries in Mississippi must sell all of their product to licensed wholesale distributors,” he said.

At least 14 craft breweries operate in Mississippi, including Water Valley’s Yalobusha Brewing Co., owned by Andy O’Bryan, who said while he’s happy the bill made it through Ways and Means, there’s still work to be done.

“We still have a long way to go and would appreciate folks calling their representatives and senators to help us get our bill go all the way this year,” O’Bryan said. “Lazy Magnolia, our state’s oldest brewery, has been lobbying for updates to our laws regarding breweries for a long time. Now we have nine breweries in the state and we want to keep growing that number. Without the passage of a direct sale provision, we will continue to have a major competitive imbalance between us and other states and it will keep our growth down or stagnant.