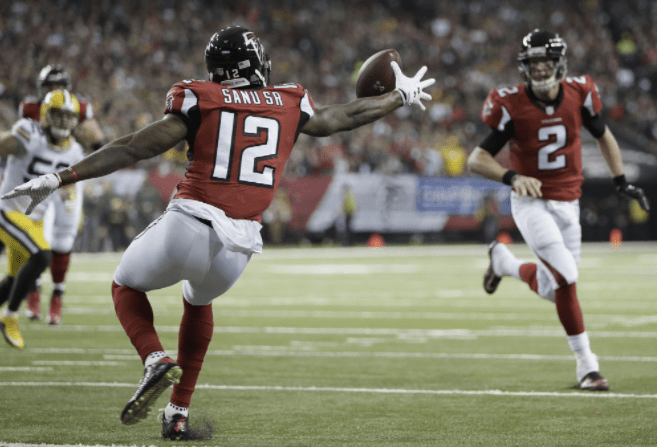 That’s the question millions of people want to know the answer to right now since Super Bowl 51 bets are being placed. Well, good news — we have a best bet prediction for you for the Atlanta vs. New England Super Bowl on Sunday at the end of this story.

Any season when Pro Picks finishes above .500 against the spread is a good one. We’re not looking to be Super Bowl champions here, so we’re happy with our 2016-17 tally.

The Falcons and Patriots certainly are seeking the NFL crown, however, and on Sunday at the home of the Texans, Atlanta (13-5) squares off with New England (16-2).

At first glance, it seemed the 3-point spread favoring Tom Brady and Co. was kind of low. The Patriots are in their seventh Super Bowl since Brady became the starter in 2001, winning four so far, though all were tight contests.

Perhaps that was on the minds of oddsmakers. So, for sure, must be those 540 points the Falcons put up during the regular season. As were their romps past Seattle and Green Bay, both of which are probably superior to Houston and Pittsburgh, which were New England’s postseason victims.

Brady is impressed by the NFC champs.

“That’s a very good and well-coached team that scores a lot of points,” Brady says. “If you make a mistake against them, the next thing they have the ball for five minutes and you’re down another seven points. This is going to be a great challenge for us.”

Still, isn’t the bigger task perched on the shoulders of the Falcons? They have never won a Super Bowl, are playing in only their second — and first since 1999 — and have relatively inexperienced players at a bunch of positions.

Here they are, up against the franchise that has dominated the postseason for most of the past 16 seasons. At this point, All-Pro receiver Julio Jones says none of that matters.

“So for us, it’s just focusing on us offensively, defensively and on (special) teams. Just do what you do. Just do what we do. We don’t have to go out and make up things. We’re very talented. We just have to be on point and be on top of our material.”

Pro Picks has been on point for the playoffs, going 9-1 straight up. Against the spread, we’re 5-5. Like we said, we’ll take staying above break even.

Sunday’s matchup can be simplified by the following:

—Will the Falcons be aggressive all game on defense? Remember, coach Dan Quinn was the defensive coordinator for Seattle when it won the 2014 Super Bowl, then lost in 2015 when the D wore down in the fourth quarter.

If Atlanta doesn’t get pressure on Brady, it has little shot of winning.

—Will New England’s defense remain stingy against the best attack in pro football?