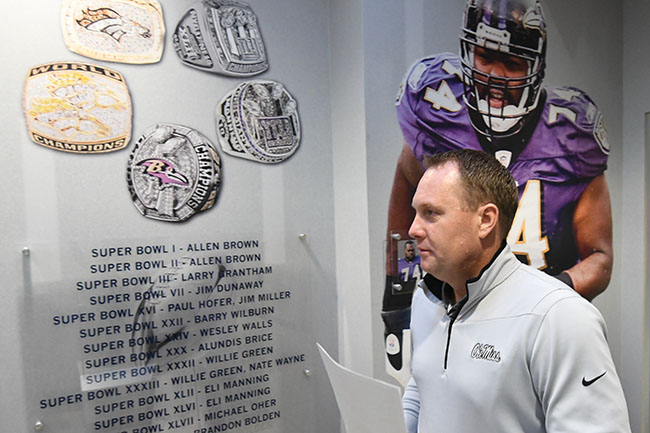 Ole Miss went with strength in numbers to address its need at linebacker, but it will take some time to figure out if the quality matches the quantity at the FBS level.

“I’m excited about those guys at linebacker,” Freeze said.

Four of the Rebels’ 22 signees came at the position (Missouri prepster Chester Graves is listed as a linebacker by Ole Miss but will reportedly be placed in a junior college). That number could actually be five if including Breon Dixon, who played linebacker at Grayson High (Georgia), but Freeze mentioned last week the 5-foot-11 Dixon among those who would get a look at safety.

Williams, who has four years to play three, could make the quickest impact with junior college players rarely being signed to sit the bench. Williams finished his freshman season at Northeast Mississippi Community College with 89 tackles and led the MACJC with 9.9 stops a game. The 6-3 Williams joined the Rebels in January and is already up to 237 pounds, Freeze said, with room to grow.

“We think he’s going to blow up and be a 250-pound linebacker,” Freeze said.

Adding range at the position was a priority with Dixon being the only one among the group shorter than 6-1. Freeze referred to the 6-1, 212-pound Baker as a hidden gem similar to “a Mike Hilton type” that joined the class late after qualifying academically.

“We have length, which is something we haven’t had enough of,” Freeze said. “These ‘backers are long. Really excited about Baker and seeing what he can develop into.”

Ole Miss will need the group to come on quickly at a position that’s lacked playmakers. A middle linebacker spot that was in flux for much of last season is vacant again with the departure of Rommel Mageo while rising senior DeMarquis Gates was the only linebacker with more than 44 tackles a season ago.

They’ll have to get on the field before Freeze can determine exactly what kind of impact the group can make now and later.