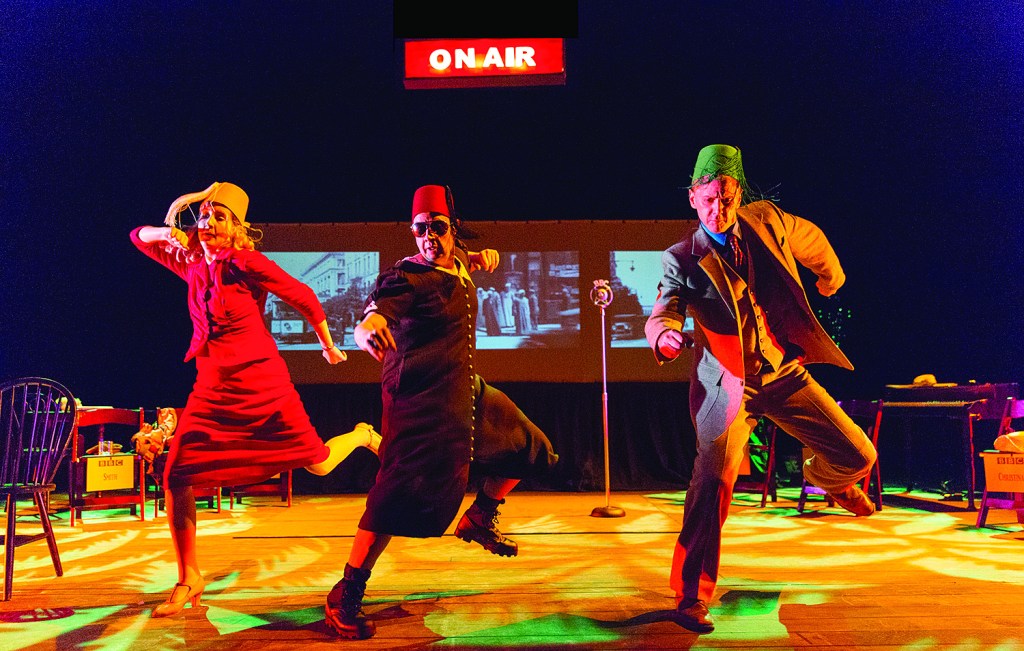 An evening of deceit, intrigue and murder is in store for audiences Feb. 14 at the Gertrude C. Ford Center for the Performing Arts when Aquila Theatre brings its production of mystery writer Agatha Christie’s “Murder on the Nile” to the University of Mississippi.

The 7:30 p.m. performance is Christie’s own staging of her 1937 novel “Death on the Nile.” The story is set on a paddle steamer making its way along the Nile River in 1940s Egypt. When a famous heiress boards the ship, passengers begin a frenzy, which quickly involves treachery, theft and death.

The whodunit tale performed by colorful and mysterious characters in Christie’s signature style add to the drama of the classic novel. Aqulia Theatre, in its 25th anniversary, brings critically acclaimed direction, acting, physicality and design to give life to the story.

“We are happy to again welcome Aquila Theatre to the Ford Center with ‘Murder on the Nile,’” said Kate Meacham, Ford Center marketing director. “It’s such a great opportunity for University of Mississippi students and the Oxford community to experience theater at its finest.”

Tickets, available at the UM Box Office inside the Ford Center, are $22 for balcony seating, $26 for Tier 2 box and Mezzanine seating and $30 for Orchestra/Parterre and Tier 1 box seating. They also can be purchased online at www.fordcenter.org

“In so many ways ‘Murder on the Nile’ was a product of the darkest days of World War II, a time when the very existence of Britain was under constant threat of a Nazi invasion and German bombers pounded major cities,” Aquila Theatre founder Peter Meineck said. “At that time, Christie lived just outside London and worked at University College Hospital, in the heart of the city.

“Like all Londoners, she would have endured the frightening and almost daily bombing raids on the city during the Blitz. Small wonder a play like ‘Murder on the Nile,’ set in the pre-war years with its colonial travelers sailing away into heat, ancient history and intrigue, would have appealed to people in war-torn Britain.”

Meineck wanted to explore the production of the play from this perspective, while also honoring the performance originally created for the stage, he stated in a director’s note.

“In so doing, I discovered that behind her deft mystery writing lay acute observations of British culture and society and many poignant reflections of Europe in the late 1930s and early 1940s,” he said.

“My aim is that we get to enjoy this brilliant classic murder mystery once again while also being thoroughly entertained in the finest style and traditions that Aquila Theatre has become so well-known for.”

In conjunction with the performance, Aquila Theatre will hold a Physical Theatre Masterclass at 2:30 p.m. Feb. 14 in the Ford Center’s Studio Theatre. The class will focus on movement and vocal exercises for experienced high school and college level performers.