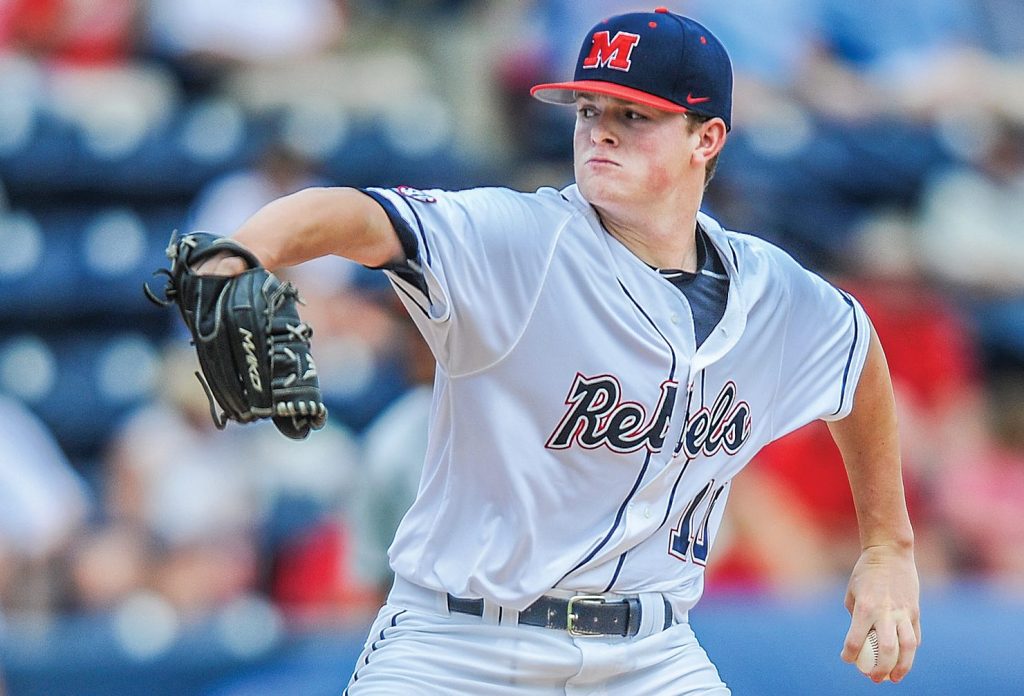 The time for Mike Bianco to start making decisions about his pitching rotation is getting close, but Ole Miss’ coach is having a hard time.

And he doesn’t necessarily see that as a bad thing.

Competition is fierce for the three weekend spots as well as the role of midweek starter with the Rebels’ season opener against East Carolina on Feb. 17 a little more than a week away. Gone are Chad Smith and Brady Bramlett, who combined for 28 starts last season with Bramlett logging a team-high 82 1/3 innings.

But the Rebels have some experience back in right-hander James McArthur, a Louisville Slugger Freshman All-American a season ago after recording 61 strikeouts in 61 1/3 innings, and junior southpaw David Parkinson, who finished last season as the Saturday starter and posted a 2.78 earned run average in 68 innings.

Bianco said their production against Southeastern Conference competition “means something” as McAthur and Parkinson try to grab spots at the front of the rotation. The two go about it in different ways.

“For James, I think it’s just consistency,” Bianco said. “Fastball command is really what makes him go. He’s worked on his slider. Of course, his stuff is pretty dominant being a strong, right-handed pitcher. Parkinson is a little different. A left-hander with four different pitches and mixes them well.”

The duo is getting pushed by some of the Rebels’ young arms.

Sophomore Brady Feigl (3.76 ERA in 40 2/3 innings) is a candidate for the rotation despite making all 26 of his appearances out of the bullpen last spring while three members of Ole Miss’ No. 1-ranked recruiting class have quickly jumped in the mix. High school All-Americans Will Ethridge and Ryan Rolison have impressed early on as has 6-foot-4 right-hander Greer Holston, who had “as good a fall as anybody here” and has followed it up with solid outings in practices and intrasquads, Bianco said.

Those who don’t end up in the rotation will help add to depth to the bullpen, though it may take Bianco beyond the first weekend to figure out exactly who he wants to use where with so many ar (s at his disposal. Seven pitchers who threw at least 32 innings a season ago are back.

“I think the goal is to figure out who those three (weekend) guys are, and because we have several options, you’ll probably see some movement, maybe more movement than we’re used to from those three guys and a midweek guy,” Bianco said.

Said Holston, “There’s a ton of competition, so I know it’s going to be hard for myself and other guys because everybody is trying to get that spot obviously.”