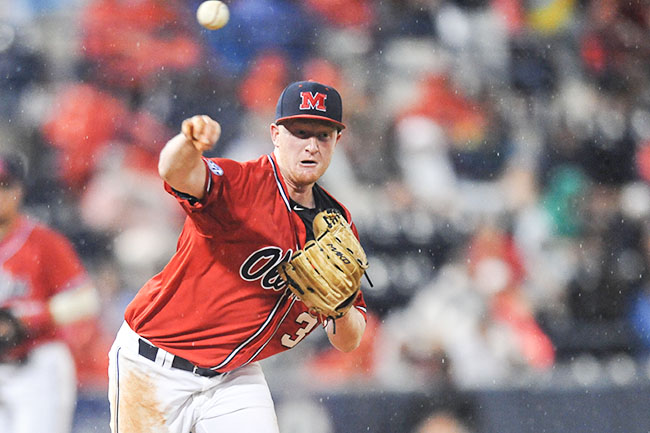 Ole Miss’ rotation for the opening weekend will feature some old and a little bit of new.

The trio spent all fall and the last three weeks in a heated competition with true freshmen Greer Holston, Will Ethridge and Ryan Rolison for the starting spots, but Bianco said he settled on what he believes are the Rebels’ best options.

The selections of Parkinson and McArthur don’t come as much of a surprise. Each worked his way into the rotation last season with Parkinson posting a 2.78 earned run average in 68 innings, the most logged among the returning pitchers, but the left-hander still isn’t taking the opening-day nod lightly.

“Responsibility-wise, I think it does (mean something) just based on that alone because I feel like Coach B has the trust in me to do what I need to do,” Parkinson said. “That feels good.”

Feigl is a new addition to the rotation after making all 26 of his appearances out of the bullpen as a redshirt freshman. Feigl, who struck out 39 in 40 2/3 innings last season, is just two years removed from Tommy John surgery, but Bianco said Fiegl has continued to improve to the point where “he may have the best stuff on the team” with a fastball that sits in the low 90s, a sweeping slider and a changeup that’s coming on.

“(Feigl) is a smart kid and a great competitor, and he’s really as good as anybody we’ve got,” Bianco said.

Bianco said junior Will Stokes will take over as the closer for the departed Wyatt Short. Stokes posted a 2.93 ERA in a team-high 30 appearances last season with 40 strikeouts and just seven walks issued in 43 innings.

Thomas Dillard’s bat can play just about anywhere. For now, it’ll be in left field.

The former Oxford High standout will start there Friday, giving the Rebels a power threat in the middle of the lineup. Dillard mostly caught for Oxford last season while playing in the outfield sparingly, but he said the work he’s put in since the fall has him feeling more comfortable.

“I’ve played left field before but never as much as I have here,” Dillard said. “I’ve just been working with Coach (Mark) Mac(Millan) at getting better at the little things, simple drop steps and different things like that.”

Dillard’s athleticism and offensive prowess played in his favor once fellow freshman Cooper Johnson got the nod at catcher. Dillard hit .438 last season at Oxford and led the nation with 16 home runs.

“His bat is so good that we have to find a way to get him on the field,” Bianco said.

The same goes for the designated hitter spot, which could be filled by whoever is not playing first. Bianco also mentioned Kyle Watson, DJ Miller and junior college transfer Tim Rowe as designated hitter candidates or players who could pinch hit.