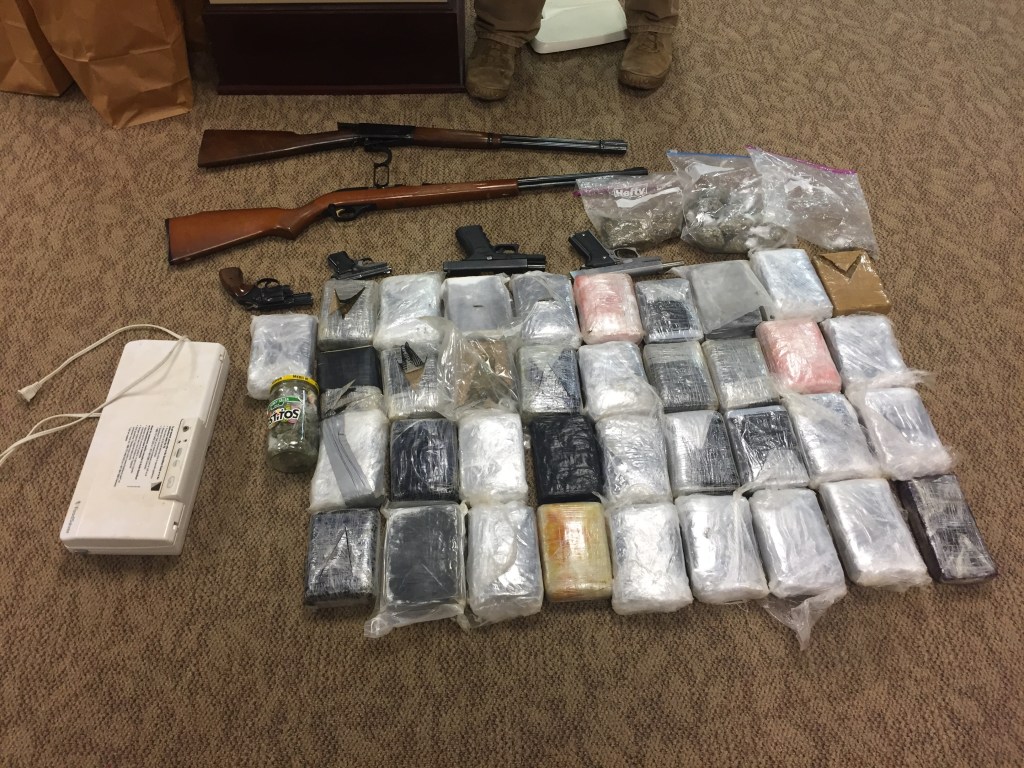 A Lafayette County man was arrested recently after law enforcement officers discovered more than 40 pounds of marijuana in his home.

Two of the guns were reported stolen out of Memphis and Houston, Texas.

He was taken to the Lafayette County Courthouse where he is currently being held.