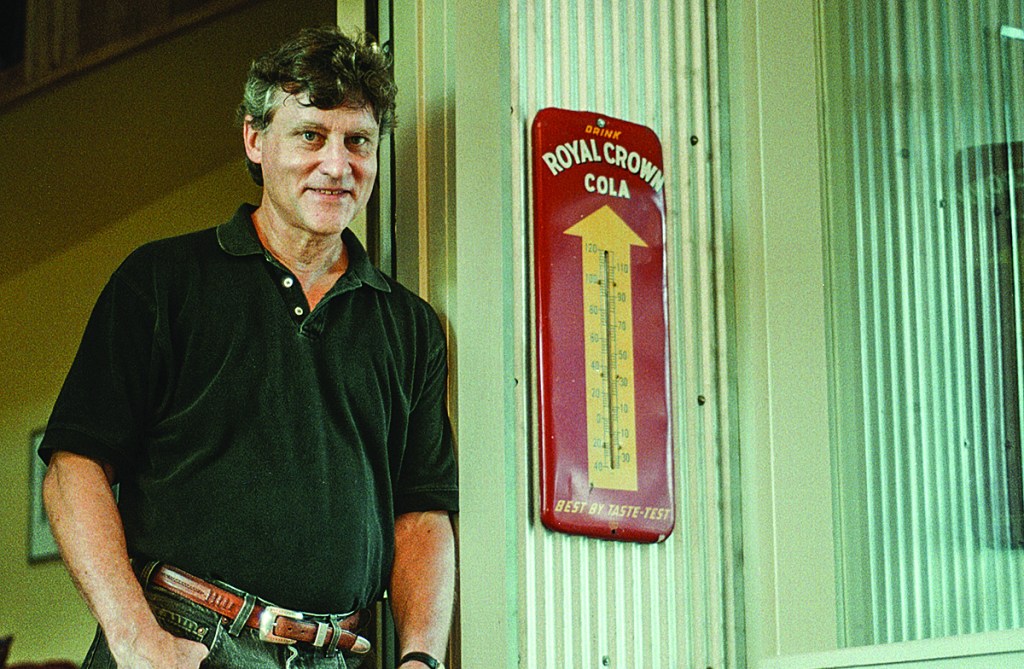 Bill Ferris, the founding director of the Center for the Study of Southern Culture at Ole Miss, will be recognized with a Lifetime Achievement Award during the Governor’s Arts Awards tonight in Jackson. PHOTO BY BRUCE NEWMAN

William R. Ferris, the preeminent scholar and documenter of Mississippi’s rich culture, music and folklore, has been documenting the lives of Mississippians for more than 50 years. Tonight, the Mississippi Arts Commission will honor him with the Lifetime Achievement Award at the 2017 Governor’s Arts Awards.

Ferris is a scholar, author, documentary filmmaker and founding director of the Center for the Study of Southern Culture at the University of Mississippi. For him, the award is linked to the center in a deep and wonderful way, as well as to the Oxford community.

“It’s a tremendous honor, and I know it would never have happened without the work I was blessed to do at the University of Mississippi and at the center,” Ferris said. “It was a special period in my life that connected me to Mississippi in ways that were very special and very moving, and I know full well that the friendships I was able to share there are a big part of why I was selected for this honor.”

The award is an opportunity to look back and appreciate more deeply what one’s life’s work represents, since in the moment, totally engaged and working, it can be difficult to see where things will land, said Ferris, who was on the Ole Miss faculty from 1979 to 1998.

Southern Studies students are leading various areas in new and exciting ways, said Ferris, who keeps up with the program’s students and alumni.

“I look around the state, the region and the nation and know there are powerful voices that were shaped at the center and by the Southern studies program,” he said.

Ferris grew up on a farm south of Vicksburg and developed an early love of storytelling, books, art and music. In 1997, he became chair of the National Endowment for the Humanities under President Bill Clinton.

Since 2002, he has served as Joel Williamson Eminent Professor of History and senior associate director of the Center for the Study of the American South at the University of North Carolina.

The 2017 recipients will be recognized at the 29th annual Governor’s Arts Awards ceremony at the Old Capitol Museum in downtown Jackson at 6 p.m. tonight.

“When I first found myself out in the cultural landscape of Mississippi’s vast richness, Bill was already there, established and knee-deep in the exploration of art and culture,” said Malcolm White, executive director of MAC. “Bill is a pathfinder and an icon of this work, and I am proud to be at the helm of MAC on this occasion of his recognition.”

“Because these six recipients have made a significant and lasting impact on our state’s arts culture, it is fitting to recognize them during Mississippi’s bicentennial celebration,” White said.

Established in 1988, Governor’s Arts Awards are given to individuals and organizations for the excellence of their work in a wide variety of art forms including visual, literary and performing arts, and community development through the arts in Mississippi.