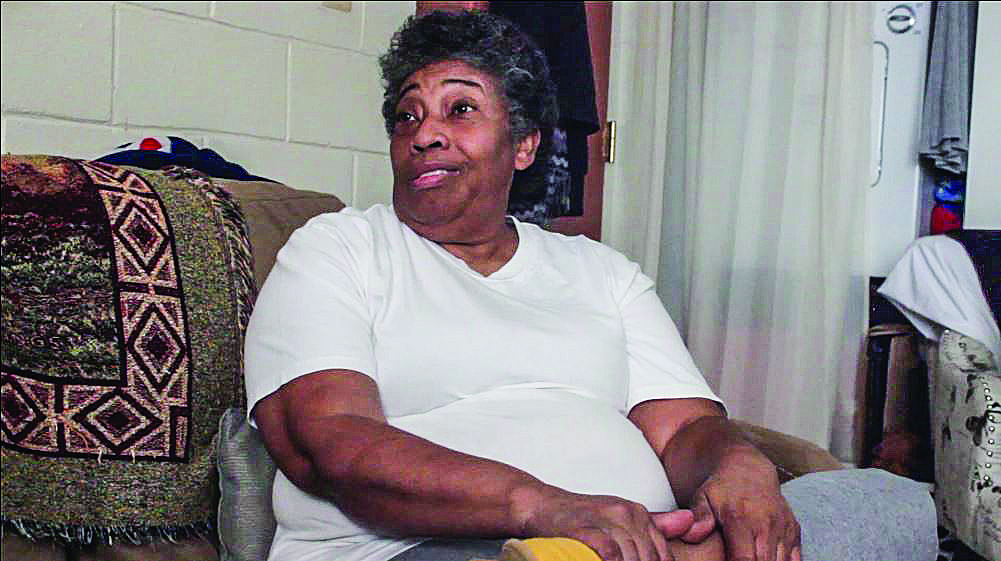 A Riverside resident talks about the lack of affordable housing in the film, “No Place to Go.”

Hollywood ain’t got nothin’ on Oxford.

From first-time filmmakers to those who have made filmmaking their profession, this year’s Oxford Film Festival features several films by local residents.

For the last several years, the Oxford Film Festival has kicked off showing a Community Film, that is entirely filmed by, and cast with, local people. This year’s Community Film, “FireMax,” is directed by Rory Ledbetter, a theater professor at the University of Mississippi.

Ledbetter is no stranger to acting or directing on stage; however, “FireMax,” is the first narrative short film he’s written and directed.

“It’s something I’ve always wanted to do,” he said. “So I approached (OFF Executive Director Melanie Addington) about a year ago and asked if the found anyone to do the 2017 community film yet and that I was interested. She said, ‘You’re on it.’”

Ledbetter had tossed around some ideas for the film and thought he had found an idea he liked. Then one night out with friends, he ran into Max McDonaldson, sound director at the Gertrude Ford Center, who mentioned he had been hired to be in another local film as a fire breather.

“We thought, wouldn’t it be crazy if Max was a local fire-breathing superhero in Oxford?” Ledbetter said.

And the idea for “FireMax” was born, and soon after a script was written. The film is based on FireMax who is thinking of leaving the quiet town of Oxford to move to a bigger city where there was more crime to fight when he discovers Oxford has several “superheroes” and an underground group of villains, waiting for the right time to take over Oxford. The superheroes have special abilities, like “Roundabout,” who can maneuver the Old Taylor Road roundabout with ease.

“At the core is a story of this lone superhero learning to embrace the idea of being in a group and that he doesn’t need to be alone,” Ledbetter said.

Between actors, extras and crew, Ledbetter said, about 70 to 80 local people worked on “FireMax,” which is about 17 minutes long. It’s being shown at 11 a.m. Friday at Malco Commons Theater on Screen 2.

“It’s really made me hungry to write another script and direct something else,” Ledbetter said.

The OFF kicked off Wednesday and runs through Sunday with films showing in several locations around Oxford.

What could be more fun for rising fifth graders than learning about science? Making a movie about science, naturally.

The Horizon’s summer program at Ole Miss this past summer learned there’s a science to everything, even filmmaking. Horizon’s teacher, Erica Avent, who is a science teacher during the school year at Oxford Intermediate School, wanted to give her rising fifth-grade Horizons students a science project they could get excited about.

“I told them we were going to film a documentary about science,” she said. “They would do the whole film, from the planning board, the research, filming and interviews.”

“They interviewed different scientists at Ole Miss,” she said. “And we integrated technology, learning if not for science, we wouldn’t have the technology for making the film.”

Mary Knight with Ole Miss Media pieced the film together for the students, who haven’t yet seen the finished project.

The film will be shown at 1 p.m. at The Powerhouse where the students will get to see their work on the “big screen.”

When filmmaker Greg Earnest received a grant from the North Mississippi Hills Grant through the Oxford Film Festival, it came with a specific theme — hill country blues.

The short documentary film, “Born into the Blues,” explores the music of the current generation of hill country blues artists, including the sons of R.L Burnside and Junior Kimbrough.

Earnest and his wife,  Meaghin Burke, also a filmmaker, own a production company, Five Point Six Films. The company has produced six films in the last five years; however, Earnest said “Born into the Blues,” was his first documentary to direct.

“Narrative films are easier in some ways, and not easier in other ways,” he said. “With narratives, everything is based on a script and you usually have a clear goal in mind before filming. With documentaries, you don’t have a script. Editing is much more difficult because you have to go through all the film to really find that story.”

“Born into the Blues,” will be shown at 11 a.m. Friday at Malco Commons Theater on Screen 2.

Louis Bourgeois and VOX Press’s film, “No Place to Go,” looks at Oxford’s lack of affordable housing by talking with a resident of Riverside Place Apartments, which is in the process of closing down.

Bourgeois received a grant for the 5-minute film through the Oxford Film Festival from Artless Media’s The Magnifying Glass project.

He said he hopes the film is just one of several that will look into the lack of affordable housing issue.

“As we receive more funding for the project, we want to do a whole series of films on poverty in Mississippi,” he said.

Bourgeois said the most challenging part of the film was finding people who wanted to tell their story.

“It was hard finding subjects who would talk about their poverty,” he said.

The purpose of the grant is to assist filmmakers in investigating social injustice with a budget of no more than $2,500.

Vox Press has produced six short films over the past five years.

For a complete schedule for the 2017 Oxford Film Festival, visit https://oxfordfilm2017.sched.com.