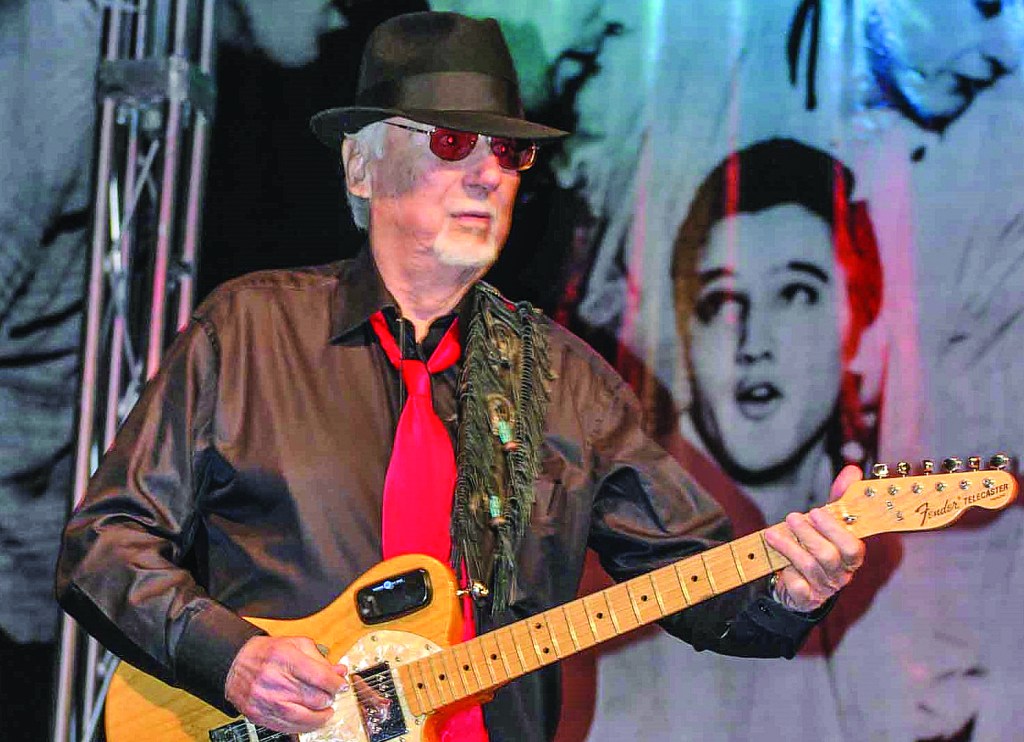 Rockabilly Hall of Famer Sonny Burgess will perform during tonight’s airing of the Thacker Mountain Radio Hour, which will broadcast from the Lyric beginning at 6 p.m. The show is free and open to the public.

The Thacker Mountain Radio Hour will perform a special edition of its show tonight at 6 p.m. at the Lyric.

The program will feature 86-year-old rockabilly legend Sonny Burgess with his band, the Legendary Pacers. Oxford author Tom Franklin (“Mississippi Noir”) will be the literary guest along with folk/soul duo, Teneia and Americana songwriter Rorey Carroll.

Admission is free and the public is invited.

The show will be hosted by Jim Dees and Thacker house band the Yalobushwhackers. While the show will serve as one of the kick-off events for the Oxford Film Festival, no ticket is required.

Tonight’s show will be broadcast on WUMS 92.1 FM in the Oxford area and streamed online at: http://myrebelradio.com/.

“This one of the biggest shows we’ll have this year,” Dees said. “We’re delighted to be a part of the Oxford Film Festival and to have a true legend like Sonny Burgess. He and his band will knock people out.”

Burgess and the Legendary Pacers were formed in 1955 in Newport, Arkansas, and are best known for their classics on legendary SUN Records including, “Red Headed Woman,” “We Wanna Boogie,” and “Sadie’s Back in Town.” The group was voted into the Rockabilly Hall of Fame in 2002.

The band will also perform on Friday at 8 p.m. at Proud Larry’s. A documentary film about Sonny Burgess, The Arkansas Wild Man, will be shown at the Oxford Film Festival on Saturday at 3:45 p.m. at the Malco Commons.

He is the co-author, with his wife, poet Beth Ann Fennelly, of the Mississippi River flood novel, “The Tilted World.”  In 2016, Franklin served as editor for the crime anthology, “Mississippi Noir.” He teaches in the University of Mississippi’s MFA program.

Americana singer-songwriter, Rorey Carroll has impressed the likes of Todd Snider who says “she blew me away and the crowds too.” Later Thursday night, following her Thacker appearance, Carroll will perform a full show at Proud Larry’s at 8 p.m.