Community can make all the difference in the world 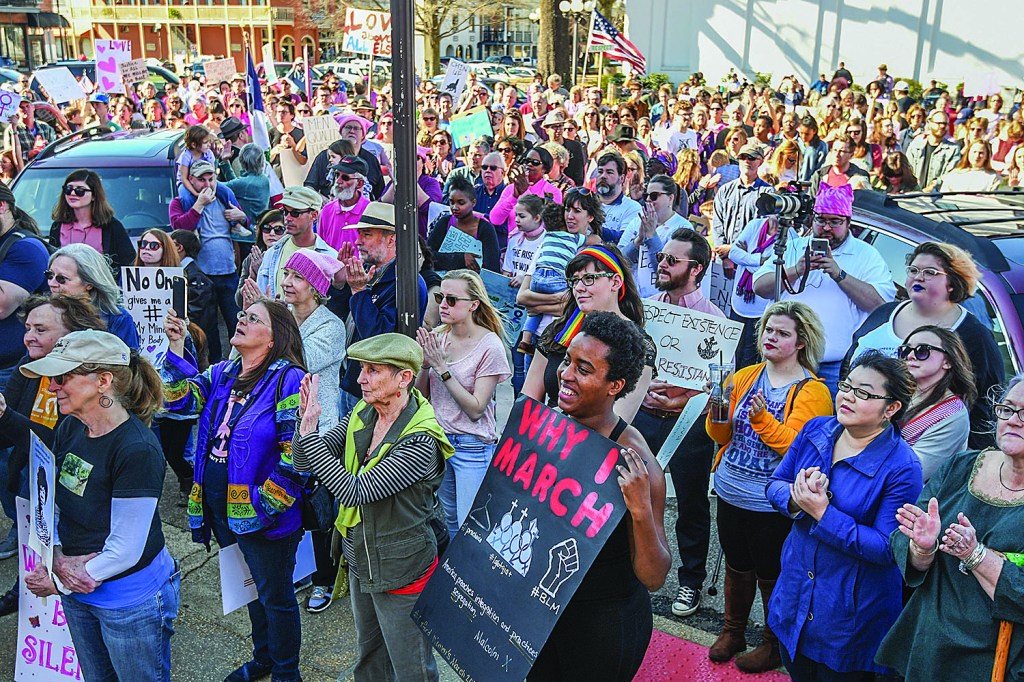 Participants in the Women's March for America in Oxford in January.

Tom Getman came by for a visit last week.

One of the perks of being in Oxford is you never know what interesting person may walk through the door.

Getman, the former World Vision leader who grew as close to Desmond Tutu as family and played a key role in ending apartheid as a writer of sanctions legislation, went to Wheaton College decades ago with Ole Miss journalism dean Will Norton.

He was in town visiting Norton and speaking to students on campus and dropped by the office to talk about his career and vision for the world these days.  The timing was good, considering the U.S. travel ban for Muslim countries was recently in place and other relational turmoil is bubbling inside this country and out.

Getman’s story is fascinating starting with his younger days as area leader in the northeast for Young Life, the Christian organization that serves youth. He was involved in the movement to desegregate Boston schools, and then took a job with Sen. Mark Hatfield, working primarily on African foreign policy and social justice, human rights and welfare issues.

We’re talking about South Africa and Tutu and the Middle East during our visit, and it’s all quite fascinating. But I was riveted when Getman brought up former pro wrestler and Minnesota governor Jesse Ventura.

Getman reminded me that after Ventura became governor in 1999 after a surprising victory, there was a tumultuous political period marked by the rather unprepared leader but it had compelling results for Minnesota.

The reason, Getman said, is that often chaos leads to rebuilding, especially when the people rise up in action from the grassroots.

He makes a good point. The government can do what the government does, and we should always be both concerned, and doing everything we can to make our voices heard. But that doesn’t mean the government sets the tone and culture of this country.

In Minnesota during Ventura’s term, Getman said local organizations including top business executives in the Twin Cities started got together to figure out how to support education, how to help the homeless, and how to make the state welcoming to refugees, and they made tangible impact.

Getman has been concerned about the travel ban and working like many others closely tied to world organizations to find solutions. He has seen people of all faiths join together to help families in need and believes the grassroots, when driven by community, can be a powerful salve.

“Politics goes toward fear and anger and that’s true all over the world,” Getman said. “The only way to get better is local communities coming together.”

It’s all about not depending on government to do it all, he says.  And, he’s got a very good point.

If we work creatively, smart, and together, as a community with a vision, this tenuous time in America and the world in which relations among different groups are uncomfortably strained can be our best time rather than our worst.

It’s about finding faith, and fighting to make a difference, and not letting tensions and government craziness beat us down into bitterness and submission.

The recent women’s marches across America are good examples of this.

“The perfect illustration,” Getman said. “Millions all over the world came together to make a point. It wasn’t violent and it was pointed to particular needs. It was positive, it gave hope.”

It’s about giving ourselves what the government cannot always give us, and may never be able to give us.

“For people of faith this is a time for a rising tide that can lift all boats,” Getman said. “And it starts in our communities.”

David Magee is Publisher of The Eagle. He can be reached at david.magee@oxfordeagle.com