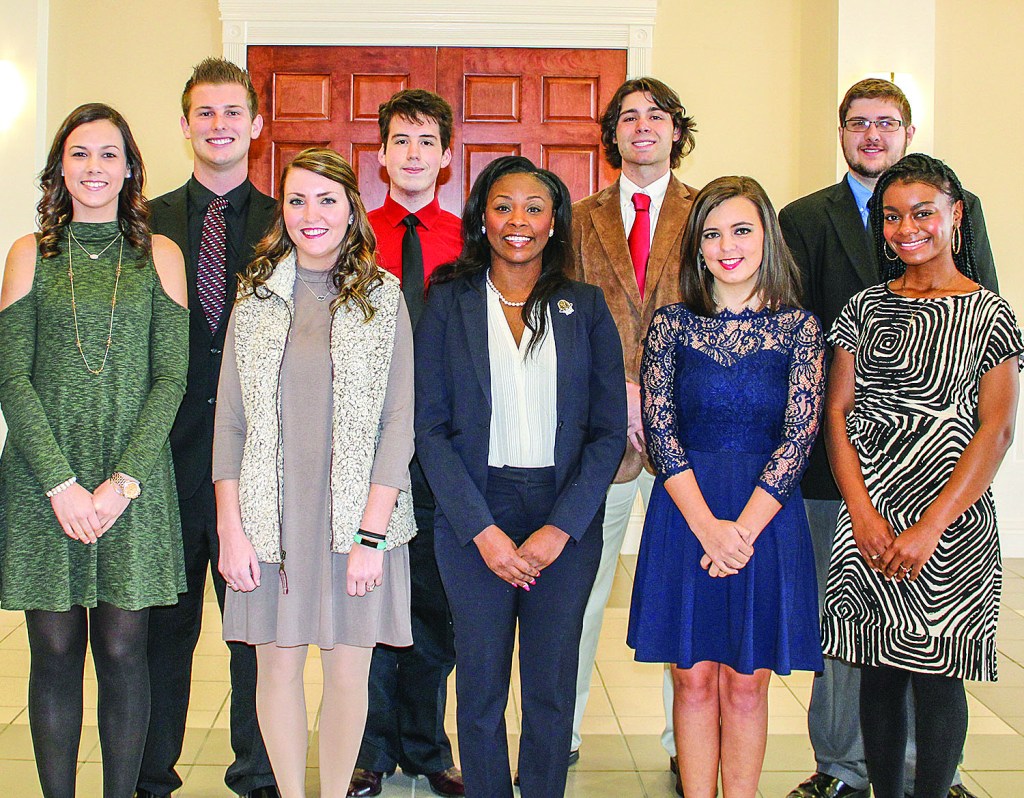 The Northwest Community College Hall of Fame for 2016-17 is front, from left, Kendall Newton of Hernando; Kendall McCoy of Olive Branch; Andrea Galloway of Ridgeland; Linsey Lawrence of Oxford; Andrea Green of Horn Lake and back, from left, Nicholas Thurman of Southaven; Allen Brewer of Oxford; Jarod Wright of Arlington, Tenn. and Jacob Griffin of Courtland. Other members of the Hall of Fame are Keegan Riley of Hernando and Ashley Clark of Ozark, Mo.

SENATOBIA — Eleven Northwest Mississippi Community College students have been inducted into the 2016 -2017 Northwest Hall of Fame, the highest honor a Northwest student can attain based upon their academic prowess and involvement in student life at the college. The group was honored at the Feb. 9 Board of Trustees meeting on the Senatobia campus.

Representing the Lafayette-Yalobusha Technical Center is Allen Brewer of Oxford, who is studying communications/journalism. Brewer, a graduate of Pontotoc City High School, is a member of Phi Theta Kappa and is news editor of the Ranger Rocket, the college’s newspaper. His honors include Who’s Who Among Students in American Universities and Colleges, Outstanding Student and President’s List. He is a recipient of The Robert R. and Mildred S. Meacham Endowment. Brewer plans to become a reporter for a major publication.

Also from the Lafayette-Yalobusha Technical Center is Linsey Lawrence from Oxford, who is studying occupational therapy. She is a graduate of Lafayette High School and is a member of Phi Theta Kappa and Gamma Beta Phi. Her honors include Who’s Who Among Students in American Universities and Colleges and the President’s List in 2016. She is the recipient of the Oxford Center Endowment and was named Miss NWCC Lafayette-Yalobusha Technical Center. Lawrence plans to become a pediatric/special needs occupational therapist.