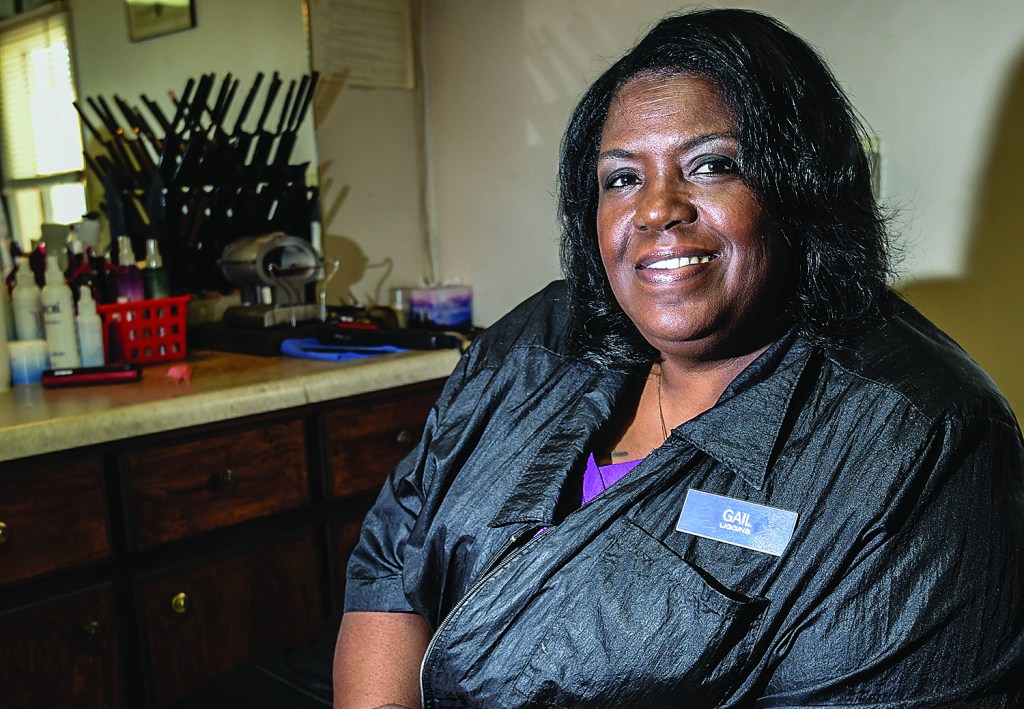 When Gail Liggins had to move her hair salon eight years ago, she decided to build a shop on her family property off College Hill Road. She was nervous people wouldn’t want to make the drive to County Road 132.

But when you’re good at what you do, people are willing to go the distance.

Liggins has been a cosmetologist for 37 years, and a graduate of Foster’s Cosmetology School in Ripley. She started working on hair at Goolsby Hair World until she opened her own shop, Gail’s Final Touch on Old Sardis Road, across from Skymart Convenience Store.

“My mother had been telling me to build out here for a long time,” Liggins said. “So when I had to move the shop, I did. It’s not as far out as people think. It’s only 3 miles from the old shop and people have had no problem driving out here. In fact, a lot of them like it because it’s so quiet and peaceful here.”

Gail’s Final Touch is a full-service salon; however, only Liggins is the only hairdresser there now. She’s had some of the same clients for more than 20 years.

“They feel like they’re at home when they come here,” she said. “And they are. I treat them like family.”

She says trends come and go and then return again, sometimes called something else.

“A lot of people do the wraps today, which was really what we used to call the ‘Beehive,’ but it’s just combined down,” she said. “And finger waves are also coming back in style.”

Liggins also maintains her instructor license in case the day comes when she decides to leave the salon and teach others all she’s learned over the years.

Her shop has two shampoo stations, five dryers and two stations.  The outside looks like a home, with hand-made outdoor furniture Liggins made with tree stumps and old tires. When she isn’t doing hair, she’s making candles and body scrub or creating gift baskets for people.

She only recently was convinced to sell her body scrub at the salon, but mostly she makes things to give away as gifts or for charity or church functions.

“People would come here and see the hand scrub in the bathroom and ask me if I’m selling it,” she said.

Liggins grew up in Lafayette County on the family property off College Hill Road. She never married and has no children but is “Aunt Gail,” to several nieces and nephews whom she dotes on.

“Everyone calls me ‘Aunt Gail,’” she said chuckling.