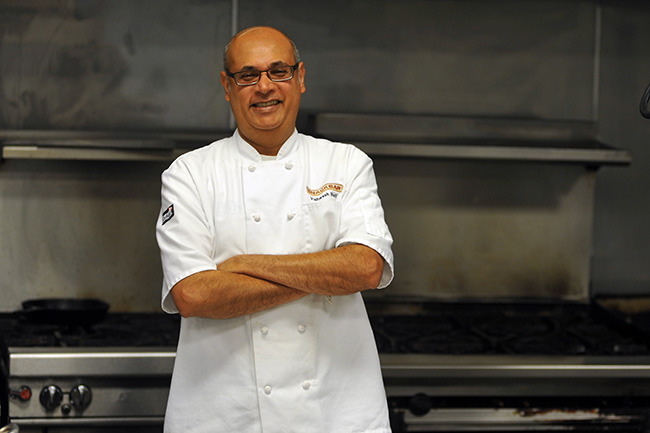 A local chef and a new Oxford restaurant have been named as semifinalists in the 27th annual James Beard Foundation’s Restaurant and Chef Awards.

Snackbar chef Vishwesh Bhatt is joining 19 other chefs as semifinalists in the Best Chef South category. It’s the sixth time he has made the “long list.”

“It amazes me every time I look at that list, knowing how many good, talented people are on it,” he said. “It’s an amazing, great honor. It never gets old. I’m always a loss for words every time I make the list.”

Bhatt started cooking about 25 years ago. He came to Oxford, attended the University of Mississippi as a grad student and was “cooking for beer money” when he landed a job in 2011 at City Grocery with Chef John Currence, who won the James Beard Best Chef South Award himself in 2009. In 2009, they opened Snackbar, which has also won several awards in the restaurant world.

The James Beard Foundation holds an online open call for entries beginning in mid-October of each year. This year, over 24,000 entries were received, a list which the Restaurant and Chef Committee reviews to determine eligibility and regional representation. The committee then produces a nominating ballot that lists the semifinalists in each of the 21 Restaurant and Chef Award categories,

The list of semifinalists is then sent to an independent volunteer panel of more than 600 judges from across the country. This panel then votes on specific award categories to determine the final five nominees in each category, known as the “short list.”

The same judges then vote on these five nominees to select the winners. Results are kept confidential until the presentation of winners in May.

Bhatt has made the short list for the past three years but has yet to win the award. However, he said just being nominated is a great honor.

“The more recognition Mississippi gets for good things like this, the better,” he said.

Saint Leo Restaurant, a new restaurant founded by Oxford resident Emily Blount, was named as a semifinalist for the Best New Restaurant category. Blount could not be reached for comment Monday; however, a post on the restaurant’s Facebook page celebrated the announcement.

“What exciting news to wake up to! We’re so grateful to represent Oxford as a Best New Restaurant semifinalist on the 2017 James Beard Foundation awards list.”