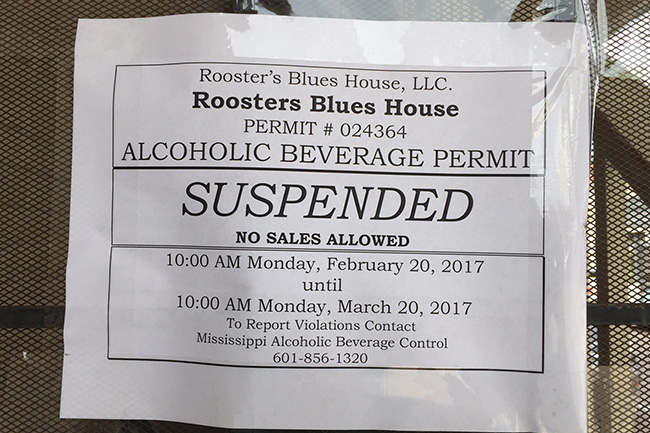 Rooster’s Blues House will be closed for the next four weeks after reaching a settlement with the Mississippi Alcohol Beverage Control after an ongoing dispute over food sales.

According to a sign on the front door of Rooster’s Monday, no sales are allowed at the popular nightspot through March 20.

“ABC took disciplinary action against Rooster’s as a result of alleged violations of Local Option Law. Rooster’s denied the alleged violations, appealed this disciplinary action and sought to have it overturned. Both parties maintained and continue to maintain that their respective positions are correct, however, the parties agreed to this suspension to settle the matter.”

According to state law, 25 percent of all revenue taken in by an establishment selling alcohol must come from food. Michael said he could not comment further on the situation or provide more details on the alleged discrepancy.

ABC representatives could not be reached for comment Monday.