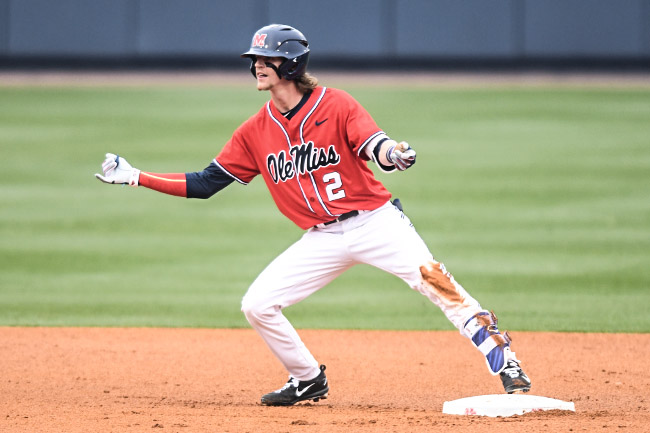 Ryan Olenek will not play in Ole Miss’ game against Arkansas State on Tuesday.

Olenek has been suspended one game for “unsportsmanlike conduct during an isolated incident” in the Rebels’ series finale against East Carolina on Sunday, head coach Mike Bianco said. Bianco said he wouldn’t comment any further on the incident.

A sophomore outfielder, Olenek hit leadoff in two games against the Pirates and earned Southeastern Conference Player of the Week honors after going 6-for-13 with two doubles, two RBIs and two runs in the series.