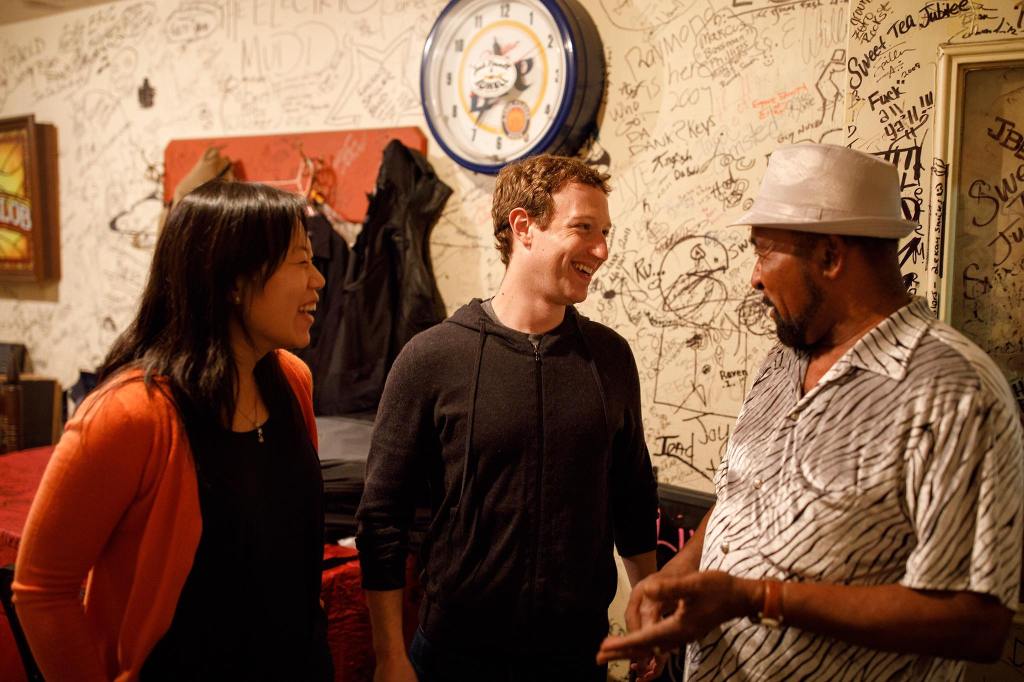 Facebook CEO Mark Zuckerberg (middle) and wife Priscilla Chan stopped in Clarksdale, Mississippi, Tuesday night as part of a road trip with the goal of visiting communities in every state by the end of 2017. (Mark Zuckerberg/Facebook)

Facebook CEO Mark Zuckerberg and his wife, philanthropist Priscilla Chan, have arrived in Mississippi as part of a road trip launched earlier this month tied to Zuckerberg’s goal of visiting local communities in every state by the end of 2017.

After spending some time with Morgan Freeman at Ground Zero Blues Club in Clarksdale Tuesday night, we have to wonder: Will they make a stop in Oxford?

Chan and Zuckerberg spent Monday traveling through Alabama, making stops in a handful of cities including Mobile, Selma and Birmingham, and even taking the time to hang out with Alabama head coach Nick Saban and the Crimson Tide football team. Zuckerberg posted a few photos of the couple’s arrival in Mississippi Tuesday night, saying they were looking forward to seeing more of Mississippi on Wednesday.

Zuckerberg launched Facebook in 2004 while a student at Harvard University. His net worth is $55.9 billion, according to Forbes, which in 2016 ranked Zuckerberg as the tenth-most-powerful person in the world.

Zuckerberg and Chan met in college and married in 2012. They’ve made headlines in recent years for their philanthropic efforts, pledging billions to charities including 99 percent of their Facebook shares to the Chan Zuckerberg Initiative, their health and education foundation.