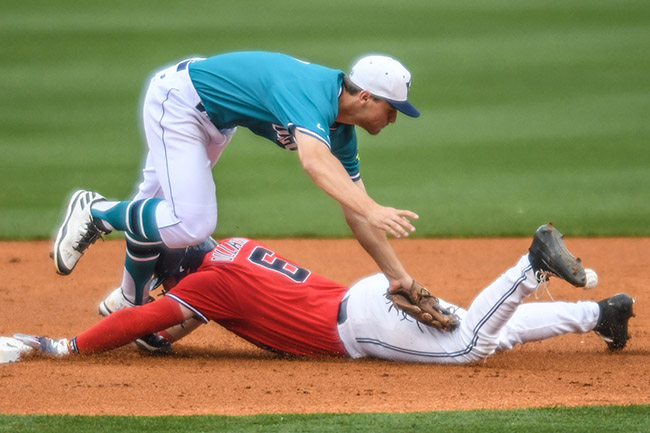 David Parkinson pitched six three-hit innings, Thomas Dillard and Chase Cockrell each homered, and No. 24 Ole Miss topped UNC-Wilmington 7-2 in the teams’ series opener at Swayze Field. The second game will be Saturday at noon.

Freshman Grae Kessinger went 3-for-3 and drove in a run in the Rebels’ four-run second against Wilmington starter Alex Royalty (1-1), who was pegged with the loss after allowing five runs (all earned) on five hits while walking four in six innings. Cockrell, a junior college transfer, hit a solo shot in the third to push Ole Miss’ lead to 5-0.

Cockrell had two hits while Ryan Olenek, Will Golsan and Cooper Johnson each had an RBI for Ole Miss.

It was more than enough support for Parkinson (2-0), who retired the first 12 batters he faced before Mason Berne singled to start to the fifth. Parkinson fanned six and walked one before a Nick Feight solo homer and Berne’s double to start the seventh ended the junior southpaw’s outing.

Wilmington (3-1) scored another run on a throwing error by Kessinger, but Dallas Woolfolk relieved Connor Green and struck out Kennard McDowell with two runners on to limit the damage. Dillard, the former Oxford High standout, extended the Rebels’ lead in the eighth with his first college homer — a two-run shot — deep beyond the right-field wall.

Woolfolk pitched 2 1/3 innings of hitless relief to pick up his second save.