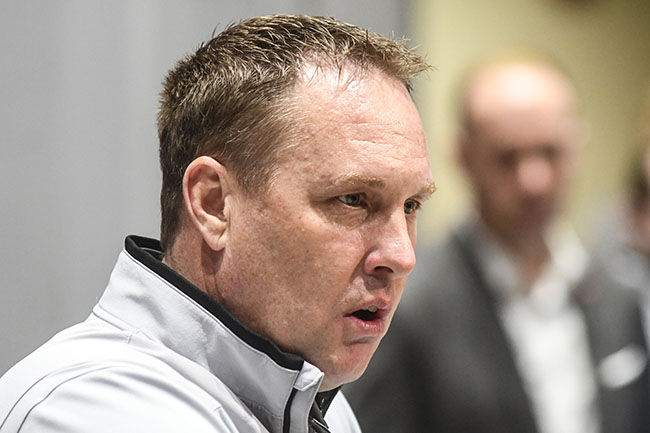 Hugh Freeze has been good for Ole Miss.

Winning was a fun ride. Money flowed in to the university. Freeze’s emotional, homespun style fit snugly with the Ole Miss culture.

We wish those warm and fuzzy seasons, including that Sugar Bowl win with Freeze leading the charge, would have never come to an end.

But last season’s losing record, punctuated by double-digit losses, was just the beginning of hard times for Hugh Freeze at Ole Miss and it doesn’t appear headed toward a good ending.

We’re used to this drama in Oxford, the rise and fall of coaches, since it is the university that lasts but the coaches never do. Billy Brewer was a beloved son, yet every Dog eventually has his day. Houston Nutt was popular, until he wasn’t. And we couldn’t get rid of Ed Orgeron quick enough.

But the fall of Hugh Freeze is particularly hard to watch, because he did win, he did it in his warm and fuzzy style, and he was a good champion for an underdog program in the difficult SEC West.

But Freeze wants everybody to like him and believe that he won at Ole Miss by the purest of means. His close friends will tell you that. It’s Freeze’s Achilles heel.

His infamous deleted tweet in 2013 — “If you have facts about a violation, send it to compliance@olemiss.edu. If not, please don’t slander these young men or insult their family” — resulted from the need to prove to people amid rumors of cheating after a successful recruiting class that his program was doing it right and by the rules.

Some suspected the day that tweet was sent that it would end up this way, with Ole Miss facing some sort of NCAA probation, but Freeze denied any wrongdoing all along the way.

This characteristic denial infuriated some in the media and some SEC fans that believed that Freeze’s smugness made him either two-faced or delusional.

Even in the past year, as the heat turned it up by the NCAA investigation and it became clear that Ole Miss had in fact done more than a few minor violations in football recruiting, Freeze blamed “the narrative” as a mean-spirited effort to try and hurt his program and the university.

Now that the NCAA’s allegations have been delivered to Ole Miss, including a citation for lack of institutional control, Freeze’s detractors are having a good time with it all.

One example: That deleted Freeze tweet from 2013 went viral this week in social media and online, the day after Ole Miss revealed its list of allegations from the NCAA, including a direct finger point at the head coach.

The challenge for Freeze is that there isn’t likely any good way out of this for him at Ole Miss.

If he sees this through, the odds of survival for more than a year or two are slim considering the program is maimed from prolonged investigation and punishment.

If Ole Miss doesn’t get the lack of institutional control allegation dropped, then the university won’t have any choice but terminating its head coach.

At the moment Ole Miss Chancellor Jeff Vitter and Vice Chancellor Ross Bjork are doing the right thing, standing by Freeze’s side as the fight continues against the NCAA. It’s a meaningful show of support. And, they clearly believe some of the charges are wrong and want to make a case.

But we have learned through the years that no coach stands taller or stronger than the university, where reputation and responsibility come first.

Not even Hugh Freeze.