Another man assaulted on Pegues Road in Oxford 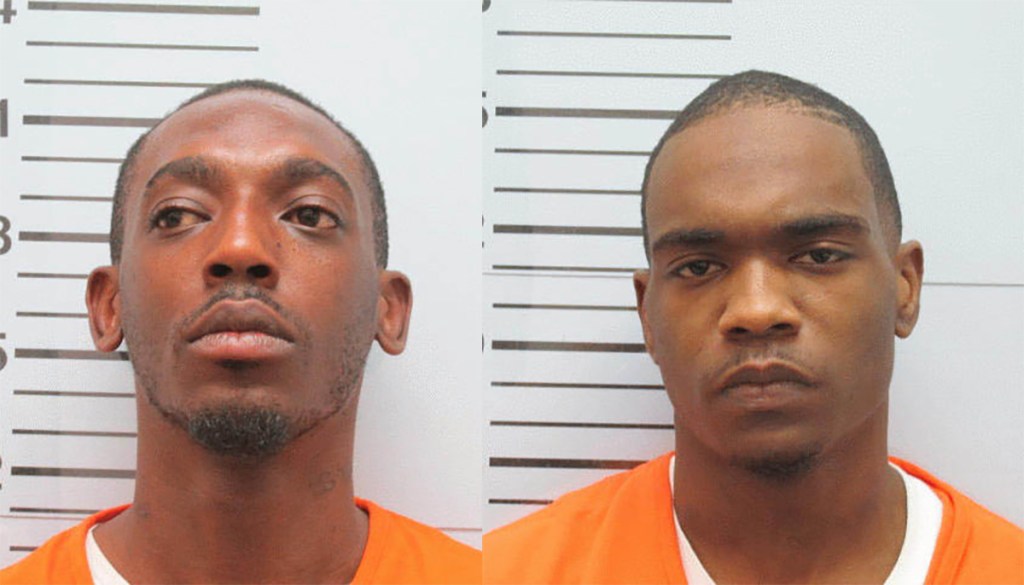 On Sunday, February 26, the Oxford Police Department arrested Justin Hilliard (left, 27 of Oxford, MS) and Demarquis Gipson (right, 22 of Oxford, MS) for Burglary (Home Invasion). On February 26, 2017, the Oxford Police Department received a call to the area of Pegues Road about a male that had been assaulted inside of his residence. Hilliard along with Demarquis Gipson forced their way inside of the victims residence and the victim was hit multiple times with a handgun in the face according to the victim and witnesses. This event was connected to a argument between these three men during the past weekend. The victim was transported to Baptist Hospital for treatment and was later released. Hilliard and Gipson were given a bond of $100,000.

According to reports, on Sunday a man contacted OPD in regards to someone being assaulted inside their home by two men. The victim was hit multiple times with a handgun in the face after Justin Hilliard, 27, and Demarquis Gipson, 22, allegedly forced their way into his house.

The assault was the result of an ongoing argument between the three men, which may have connections to a shooting that occurred on Friday,  also on Pegues Road.

The victim in that assault said Hilliard and Gipson were not the men who shot him in the leg Friday night after demanding money and his jewelry at gunpoint.

However, OPD Maj. Jeff McCutchen said the argument between the three men on Sunday could be connected to the Friday shooting.

“While there’s some similarities, they are two different incidents,” he said. “We are 100 percent sure these men were not the ones who shot the man on Friday night, however.”

Hilliard and Gipson was charged with home invasion burglary and taken to the Lafayette County Sheriff’s Detention Center where they were both booked on $100.000 bonds.

The suspected shooter from the Friday night incident has not yet been arrested.

Both victims suffered minor to moderate injuries and are expected to fully recover.