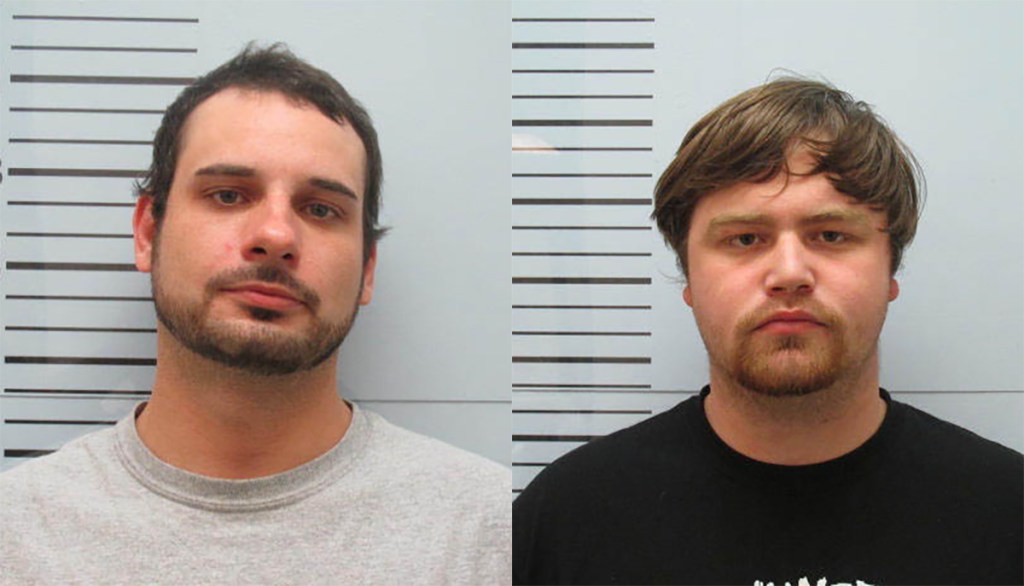 On Monday, February 27, 2017, investigators of the Oxford Police Department charged Andrew Devin Hobby (left, 31 of Oxford) and Jerry Tyler Miller (right, 19 of Oxford) each with two counts of Malicious Mischief. On January 13, 2017 Hobby and Miller were accused of starting a fire on a pickup truck that resulted in the pickup truck and the four wheeler on the back of the pickup to burn. Both vehicles were totaled due to the fire. There was another vehicle parked beside the burning pickup that was damaged because of the fire. Throughout our investigation a witness came forward and gave the details of how the crime took place. Hobby and Miller both were charged with 2 Counts of Malicious Mischief and each men were given a bond of $10,000.00.

The Oxford Police Department arrested two Oxford men for allegedly setting a fire in the back of a pickup last month.

According to reports, on Jan. 13, Andrew D. Hobby, 31, and Jerry T. Miller, 19, stated a fire in the truck where a four-wheeler was located. The fire destroyed the pickup and the four-wheeler. Another vehicle parked beside the pick up was damaged as well.

A witness came forward and gave the details of how the crime took place.

Hobby and Miller were charged with two counts of felony malicious mischief and taken to the Lafayette County Detention Center where they were booked on bonds of $10,000 each.