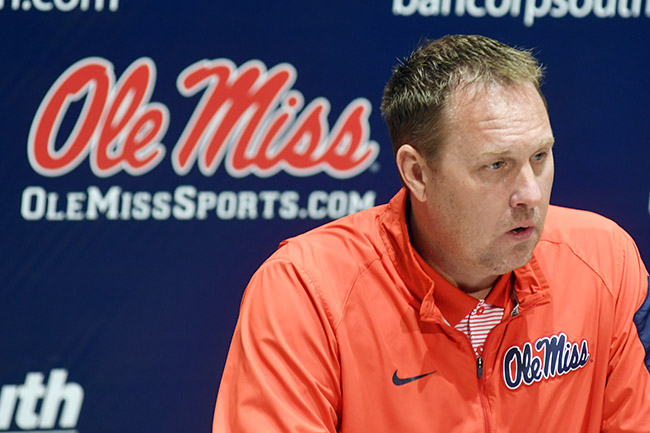 We appreciate the confident swagger of Ole Miss football coach Hugh Freeze in most instances, but not in regard to the university’s ongoing case against the program he leads.

He has mostly apologized to date for having assistant coaches who made mistakes — “I am extremely disappointed to learn that any member of my staff violated any SEC or NCAA rules, and as the head coach, I regret those actions,” he said — even though Ole Miss has already investigated and admitted to level 1 NCAA violations under his leadership.

“We have administrators that have watched me for five years do everything very closely, and they’ve been so supportive and have been unwavering in that,” Freeze added.

But Ole Miss has already investigated violations and found that many in the program did in fact occur. Freeze should take more personal responsibility and show some humility rather than deflecting so much blame.

We believe in Winter Institute