Traffic signal up in flashing mode at Molly Barr and Price 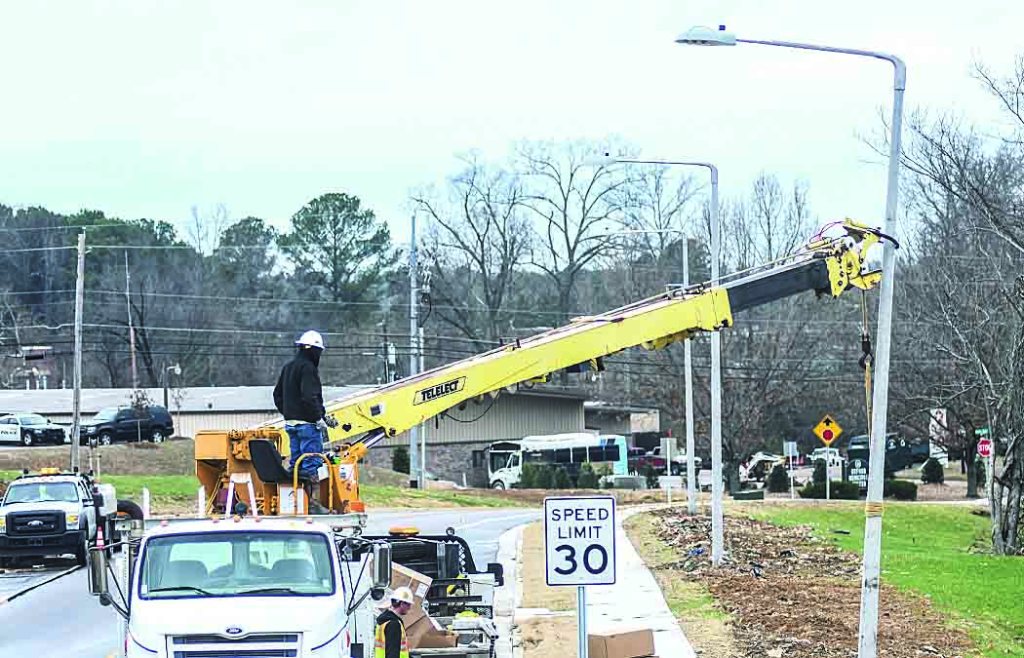 Those traveling along Molly Barr Road over the next few days should drive with caution when approaching the new intersection with Price Street as a new traffic signal could be fully activated as early as this morning.

Flashing lights were activated Monday to get those who drive along the road used to the idea of a traffic signal being located there. Since Price Street was relocated to join Molly Barr Road further north, there has been no traffic light at the new intersection.

While the signal is in flash mode, motorists on Molly Barr Road facing the yellow flashing lights do not have to stop but should proceed with caution. Motorists on Price Street must stop and yield to other drivers while the light is flashing red.

The former light was taken down in the fall. Only a stop sign will remain at the Oxford Police Department entrance for vehicles coming out of OPD’s parking lot.

The light was scheduled to be completely functional to direct traffic today; however, Assistant City Engineer Reanna Mayoral said rainy weather may stall the light being activated for traffic management.

“We are watching the weather and will postpone the activation until Thursday of even the following week if the weather prevents us from being able to strip (this morning),” Mayoral said Tuesday. “If we are able to activate signal (today) it will be later in the morning.”