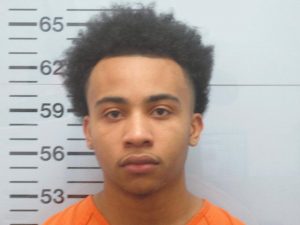 According to reports, officers responded to Cove Apartments for a report of domestic violence. The female victim sustained injuries to her head and neck.

She told officers her ex-boyfriend, Aleric Birge, 20, strangled her during a fight. Her injuries were consistent with her statement.

Investigators arrested Birge for domestic violence with aggrravated assault and took him to the Lafayette County Detention Center where he was booked on a $5,000 bond.