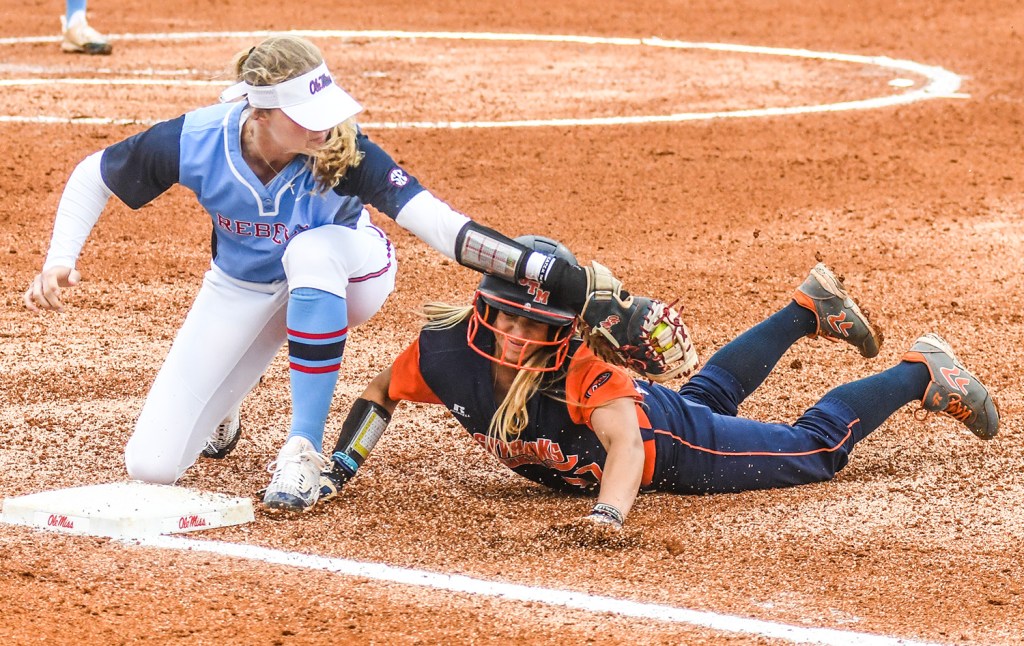 The Rebels (17-2) jumped out to an early 6-0 lead over the Skyhawks (15-3) before a late surge by the UT Martin offense tied it up late in the sixth. However, Ole Miss responded with a three-run sixth to seal the victory and complete the 4-0 weekend.

Alyssa Clayton earned the start in the circle and worked 4 1/3 innings with three earned runs allowed off four hits and four walks. Morgan Bruce pitched two-thirds of an inning late and surrendered a solo home run before Kaitlin Lee entered to close it out and ultimately earned the win, improving to 5-2.

At the plate, Elantra Cox again dominated opposing pitching, going 3-for-4 with a pair of runs scored and an RBI. Kylan Becker was 2-for-3 with two runs while Alyssa Gonzalez and Courtney Syrett also finished 2-for-4.

Sending eight hitters to the plate in the first, the Rebels plated four early runs. Cox and Becker both reached on singles to begin the rally before Ashton Lampton’s groundout to short moved both runners over. After Miranda Strother walked, Brittany Finney ripped a two-RBI single to left field putting Ole Miss in front 2-0.