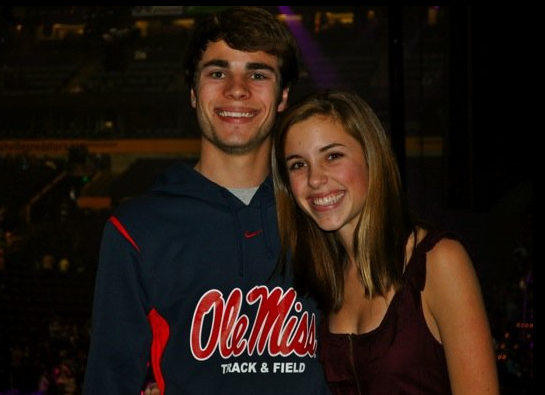 The late William Magee and his sister Mary Halley Magee in 2010.

Every time another person in our state, or this country, suffers from addiction related death, either accidental or self-inflicted, I know it before the actual news reaches me.

That’s because my son William’s story, written in August of last year, continues to be circulated through social media and online, with renewed readership spikes in times of substance tragedy.

In the column I told how William was a strong human being, as an honors college student, Division 1 athlete, and warm friend. I also told about how he ingested so much cocaine and other drugs not long after college graduation that he died.

That story reached more than 650,000 readers across the country in short time and still lives on social media as a backbone of both caution and comfort to families and friends who suffer the same fate of a loved one — an effect that is much more powerful than the writer behind it.

Because digital news is traceable, by the minute, I get to see real-time results of how many people are reading William’s story each and every day. And whenever someone in this country of any age dies a premature death to drug addiction I see how some seven and eight months later we still have audience spikes of people engaging that link from William’s story.

It’s rare for a piece like that to keep on living digitally. That can only mean something larger is at work that I can’t explain, and it is humbling that William’s story still resonates whenever someone else suffers.

That’s why you write something painful like that in the first place, hoping that maybe it will make a difference with the proverbial one person. And here’s the good news: we’re far beyond one person at this point.

So when a woman with a child soon attending Mississippi State writes to me in March, telling me how a story first published in August impacted her life, I don’t know what to do but thank a higher power for the ability to publish such a story in the first place.

“I’ve begun to realize college days aren’t as carefree as they were a few decades ago,” the parent wrote, mother of a child heading to Mississippi State in the fall. “In prepping my son for college life, it seems having a wholesome support group and some accountability is, or may be, more important than academics.”

It’s true that a “wholesome support group and accountability” is a solid foundation that every young person needs, since it can make all the difference in the world.

Another, an Ole Miss grad who now lives in Little Rock and works in faith, wrote to me this week to say, after reading the story, that he has a friend “from Ole Miss who became an alcoholic and committed suicide several years ago. I’d give anything to be able to get the attention of students BEFORE they get hooked on whatever calls their name.”

We learn, of course, that mentors and accountability makes the greatest education of all. It’s when these elements are in place that young people truly learn. So consider this, as another example, from a parent in Arkansas who has action underway.

“I read your story on FB. Sadly, we share similar stories. Ironically, both our sons named, William.

“I am sure you agree, there are no words that ease the pain that you and I share. The joy of our boys holding hands in heaven saying ‘look- our dads are talking to one another’ is what keeps us looking forward.”

The gentleman who reached out, Scott Doerhoff, is working to develop something at Arkansas State University in Jonesboro to help students who may suffer from addictive behavior.

He’s right about the connection, since some have been working hard and quietly to develop something here that can make a difference.

The Ole Miss family loves its students, and I see first-hand how Vice Chancellor Brandi Hephner Lebanc has made a top priority since arriving here several years ago of finding ways to better educate and support our students in the challenges they face. The key, of course, is not just doing something that looks good but that has lasting impact.

One thing I do know is that more tools and foundations are needed, since both at home and throughout this country, every time another individual, or another family, suffers from the devastation of addiction, William’s story comes back to life.

And it happens far too often.