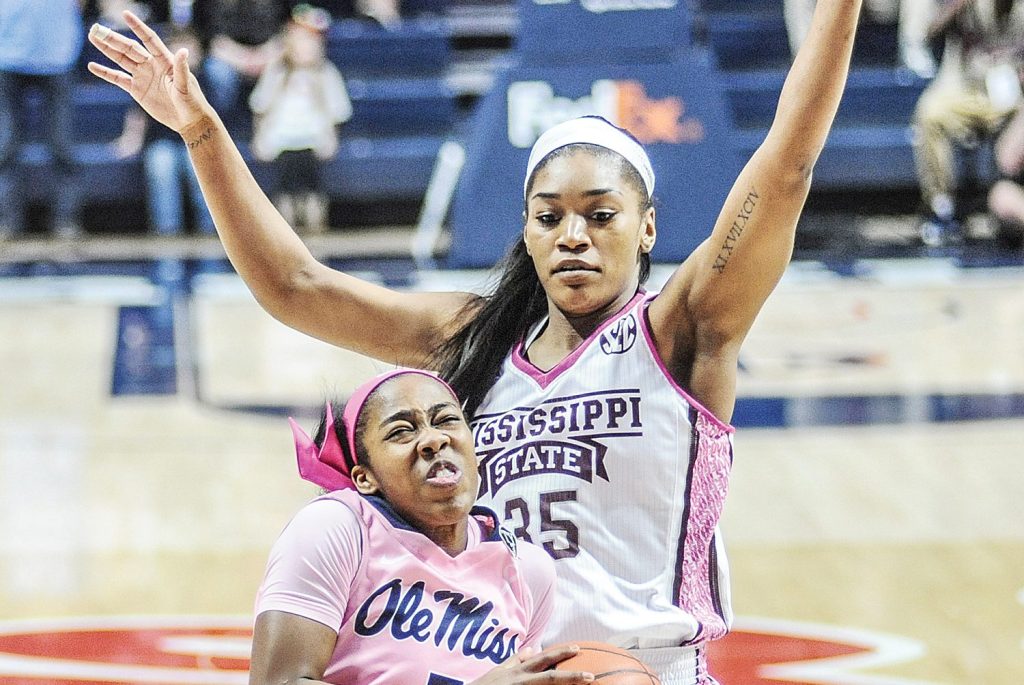 Monday’s honor was a historic one for Victoria Vivians.

For the third straight year, Mississippi State’s junior forward won the C Spire Gillom Trophy, which is awarded to the best women’s college basketball player in Mississippi. Vivians is the first player ever to earn the honor three times.

Vivians, her teammate, Morgan William, and Southern Miss guard Brittanny Dinkins were the finalists. The 6-foot-1 Vivians is also a semifinalist for Naismith Player of the Year and is on the ballot for the Wooden Award, which is awarded to the top player in the nation.

Vivians is averaging 16.4 points for a Mississippi State team that’s been among the nation’s best all season. The Bulldogs, ranked seventh nationally, are 29-4, went 13-3 in Southeastern Conference play and finished as the league tournament runner-up for the second straight season.

She has scored more than 1,600 points in her career.