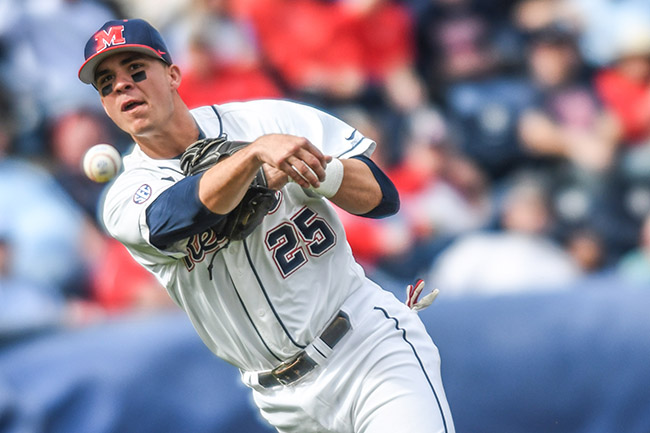 “Tate Blackman and Colby Bortles have been suspended until further notice for not meeting the standards of the Ole Miss baseball program,” Ole Miss coach Mike Bianco said in a statement released Tuesday.

Ole Miss hosts Georgia State on Tuesday at 6:30 p.m. and again on Wednesday at 3 p.m. at Oxford-University Stadium.

Blackman and Bortles are team captains and have started all 11 games. Blackman is the Rebels’ second-leading hitter with a .316 average with a double, four RBIs and a team-best seven walks. Bortles is hitting .243 and leads Ole Miss in home runs (3) and RBIs (12).