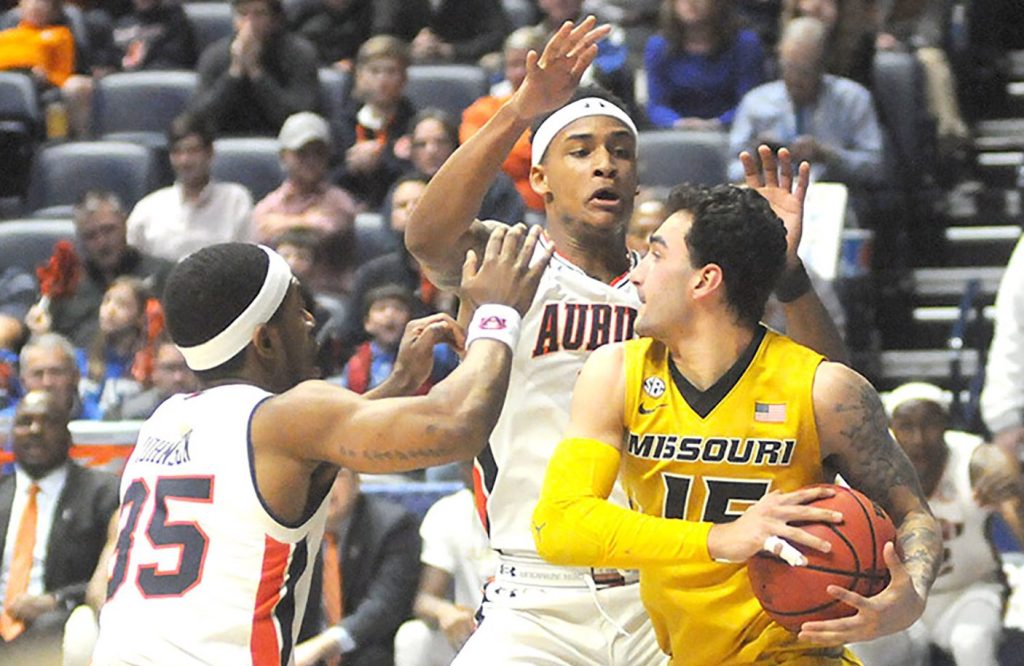 NASHVILLE, Tenn. — Missouri coach Kim Anderson slapped some high-fives as he walked off the court and yelled out some words he knows he probably shouldn’t have said.

Considering Missouri already announced the coach is done once this season ends, Anderson has nothing left to lose now.

“What are they going to do to me?” Anderson said. “See you tomorrow.”

Kevin Puryear hit a 3-pointer just before the buzzer, and Missouri rallied to beat Auburn 86-83 in overtime Wednesday night at the Southeastern Conference Tournament to keep Anderson working at least one game longer.

The 14th-seeded Tigers (8-23) snapped a six-game skid by rallying from 10 points down in the final five minutes of regulation, including hitting back-to-back 3s within the final 17 seconds to force overtime. They came away with their first win since Feb. 11 to advance to Thursday and a game against sixth-seeded Ole Miss.

Anderson could only laugh when asked about the game-winning shot after the game.

“So many times where guys have had shots, and they just haven’t made them,” he said on SEC Network. “I think it’s God’s will. I think it’s justice we win this game.”

T.J. Dunans hit only one free throw for Auburn with 1:36 left, then missed a layup with 29 seconds left with the game tied at 83. Missouri took a timeout with 15.3 seconds left to setup the final shot, and Puryear knocked down the shot before running to mid-court to celebrate. Puryear finished with a career-best 30 points, including a career-best 5 of 9 from beyond the arc.

Puryear said the Tigers wanted to send Anderson out on a good note.

“It’s been a long season, and we needed that,” Puryear said.

No. 11 seed Auburn (18-14) missed its final four shots of overtime and also had chances to close out Missouri in regulation after leading 72-62 with 5:04 left.

The Bulldogs (16-15) will play fifth-seeded Alabama on Thursday.

Mississippi State now has won two straight for the first time since winning at Arkansas on Jan. 10, then beating Texas A&M on Jan. 14. The Bulldogs took advantage of playing LSU for the second time in five days, and they also snapped a three-game skid in the league tournament with their first win since their opening game in 2014 over Vanderbilt.

Skylar Mays led LSU with 13 points, and Antonio Blakeney had 11.