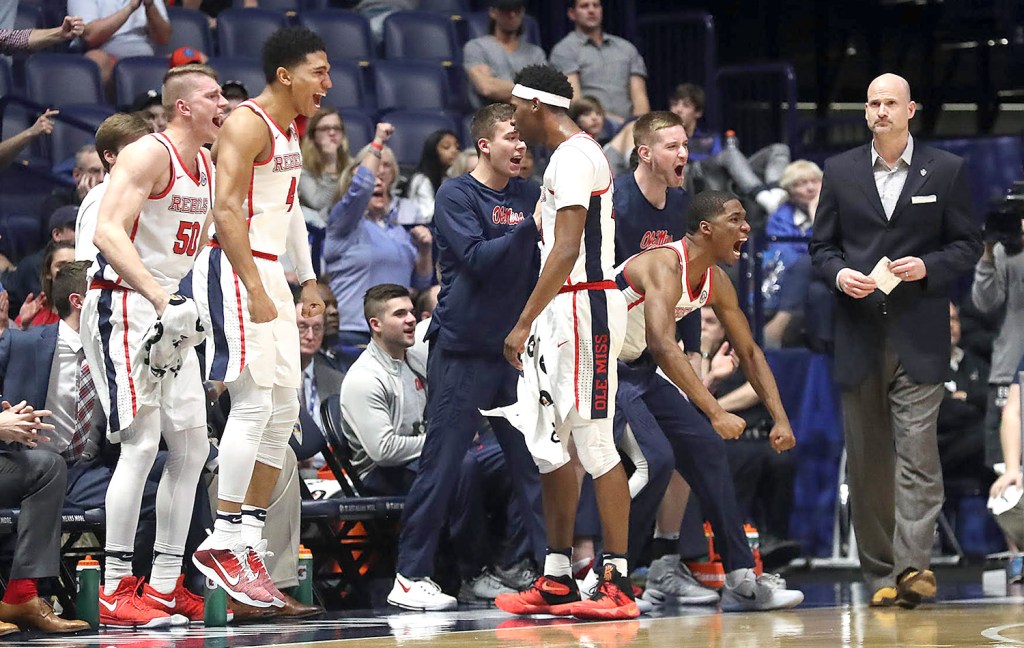 NASHVILLE, Tenn. — Deandre Burnett has vivid memories of how Arkansas worked Ole Miss over when the teams met in Fayetteville back on Feb. 18.

“Every time we made a shot or we missed a shot, they were just in transition and we didn’t do a good job of getting back,” Burnett recalled.

That will have to change in tonight’s Southeastern Conference Tournament quarterfinal rematch (8:30 p.m., SEC Network) if the Rebels want to notch a credible win for its slim NCAA Tournament hopes. Thursday’s win over a hapless Missouri team simply bought Ole Miss (20-12) more time in a tournament it still may need to win in order to make it to the Big Dance, but a win over Arkansas is a must if the Rebels want to start letting themselves even think about crawling back onto the NCAA Tournament bubble.

A near lock for the NCAAs, Arkansas (23-8) won six of its last seven regular-season games to finish third in the SEC standings and has an RPI of 29. Ole Miss has 20 wins for the ninth time in head coach Andy Kennedy’s 11-year tenure, but only three of those are against top-100 RPI teams and just two against the top 50.

The Rebels would get back-to-back top-50 chances with a date with either Vanderbilt (43) or Florida (4) looming in Saturday’s semifinals should they get past Arkansas, but Kennedy said his team can’t afford to worry about anything but the present.

“We’re trying to win two games in two days right now, and the rest will take care of itself,” Kennedy said.

Arkansas hit Ole Miss with a little bit of everything in its 98-80 win over the Rebels three weeks ago. The Razorbacks ran up and down the floor with little resistance, getting 30 points off the bench from Daryl Macon, 14 points and 13 points from big man Moses Kingsley and 15 points from Jaylen Barford. Macon finished 10 of 13 from the floor and 6 of 9 from the 3-point line as Arkansas shot 47 percent from the field.

“We’ve got to do a good job of getting back in transition,” Burnett said.

It offset 27 points from Burnett and 24 from Terence Davis, who were the only ones to really get going against Arkansas’ blend of size and athleticism. Ole Miss shot just 37.1 percent from the floor and 29.6 percent from 3-point range.

Kennedy likes the fact that his team is into the flow of the tournament having already played a game, but Arkansas will be fully rested having not played since Saturday. Kennedy said it will be up to his players to match the Razorbacks’ intensity if Ole Miss wants to give itself a realistic chance of surviving in the Music City one more day.

“We’re going to have to come out and play with great energy,” Kennedy said. “We’ll tape ’em up and roll ’em out there and hopefully we’ll play better than we did in the first outing in Fayetteville.”

Deandre Burnett, Ole Miss get past Missouri in SEC…