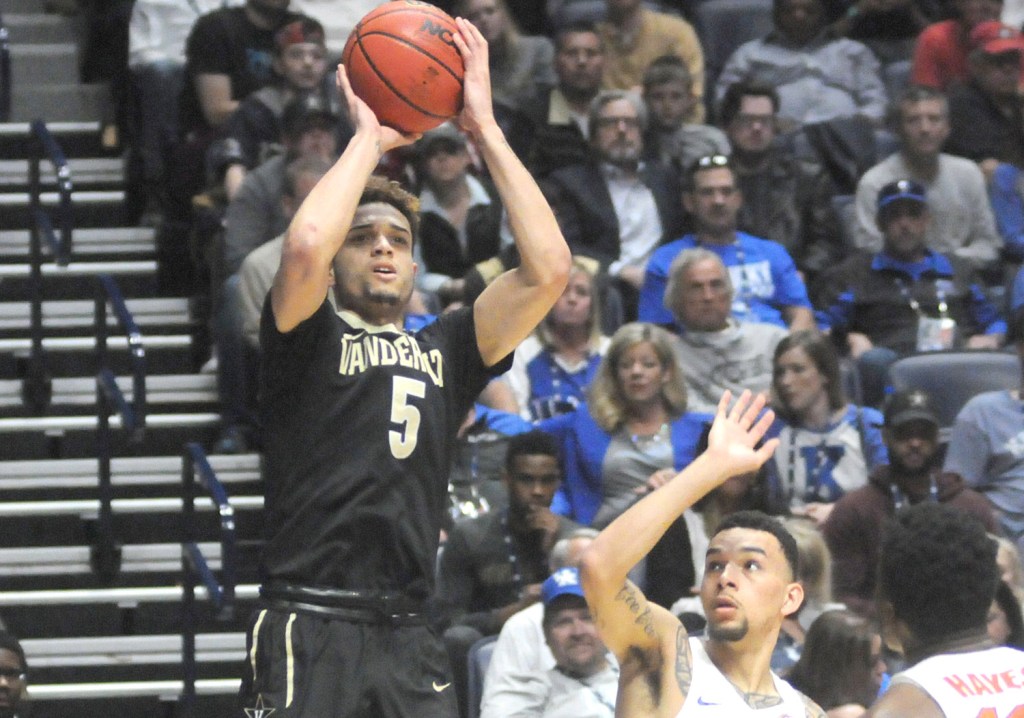 The Commodores (19-14) beat the Gators for the third time this season and second in seven days. First-year coach Bryce Drew has Vanderbilt in the semifinals for the first time since 2013 with a win that should push his Commodores firmly into the NCAA Tournament for a second straight year.

Florida (24-8) fought back from an eight-point deficit to force overtime thanks to KeVaughn Allen, who made a tying 3 with 1:42 left. The Gators had the ball with the game tied at 58 but missed two shots in the final seconds of regulation.

Vanderbilt scored the first seven points of OT, with LaChance’s jumper with 4:02 to go putting the Commodores ahead to stay.

Braxton Key had 18 points, Riley Norris added 12 and Alabama made 10 of 12 free throws down the stretch to lead Alabama past South Carolina.

Key made 3 of 4 from the line during the critical stretch that finally gave the Crimson Tide space from the Gamecocks in a tense contest.

The Tide (19-13) scored the game’s final 10 points to earn their second straight win over the Gamecocks, who missed their final seven shots. They also controlled the boards 42-27 and shot 45 percent to move on to Saturday’s semifinals against top-seeded Kentucky.

Sindarius Thornwell had 16 points for South Carolina (22-10) but struggled much of the game. P.J. Dozier had 15 points and Rakym Felder had 10 as the Gamecocks shot 37 percent.

Isaiah Briscoe and De’Aaron Fox each scored 20 points, Bam Adebayo added 13 and No. 8 Kentucky went on to beat Georgia.

Coming off a double bye as the No. 1 seed, the well-rested Wildcats started both halves quickly and steadily pulled away for a double-digit win over the Bulldogs after two close victories. Kentucky (27-5) offset 38 percent shooting by holding Georgia to 19 of 57 from the field (33 percent) and leading by as many as 18 in its tournament opener.

Briscoe provided the biggest lift, making 8 of 15 for his highest output since scoring a season-high 23 against Georgia on Jan. 31. Fox battled foul trouble but made 7 of 12 while Adebayo grabbed 10 rebounds to help Kentucky advance to Saturday’s semifinal against Alabama.