Oxford on the Move: Ulysses “Coach” Howell is an Oxonian for life 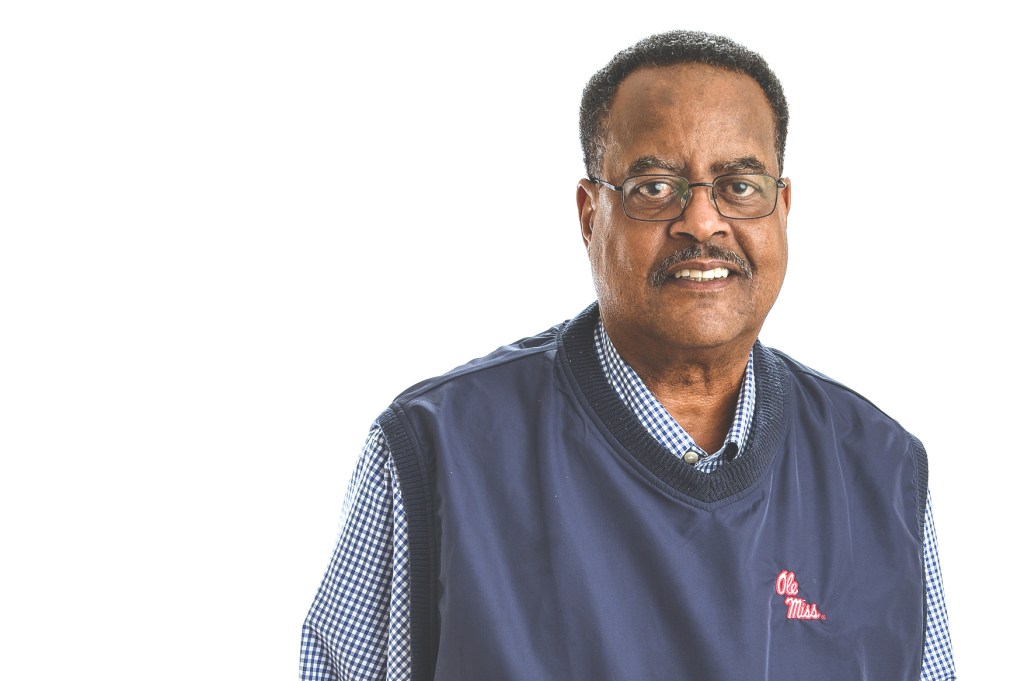 When Ulysses “Coach” Howell commits to something, it’s usually with a lot of dedication — whether it’s serving his church, his community as aldermen for 24 years, or even his hair style.

The latter involves a story he enjoys telling about how he came to be known as Coach Howell for the Oxford School District in 1972.

“I was almost a Commodore,” he said with a chuckle. “It’s true.”

Howell, originally from Brandon, moved to Oxford with his young bride, Frances, who got a job in the city. He earned his bachelor’s degree at Mississippi Valley State in Greenwood to teach social studies and physical education.

“I went to the Oxford district and spoke to the assistant principal, (the late) Leonard Thompson, but he told me they didn’t have any teaching positions there,” Howell said. “So I spoke to Mr. Wade, the principal at Lafayette (High School) and they said they needed a Social Studies teacher. I had a big, bushy afro and beard back then, and the principal asked me if I’d be OK with cutting my hair and shaving my beard. I didn’t want to, but I said I would, and he offered me the job.”

The next day, Howell heard the Oxford School District needed an assistant coach and spoke to the late Coach Bobby Sanders.

“I asked if they had a dress code, or if I’d have to cut my hair and he said no, so I took the job as coach at Oxford,” Howell said. “I called Mr. Wade and thanked him for the offer but told him I was going to work for Oxford.”

Howell spent 37 years with the Oxford School District, starting as a coach and ending his career as assistant principal at Oxford High School. He retired in 1990.

Howell went on to earn his Master’s in Administration from the University of Mississippi while working for the school district.

In 1993, Ward 4 Aldermen Barney Smith resigned from his position with just five months left in his term. Howell expressed interest in the position to the late then-Mayor John Leslie, and the late, then-Alderman Pat Lamar.

On Jan. 19, 1993, Lamar made a motion at an Oxford Board of Aldermen to appoint Howell to finish the remainder of Smith’s term.

“I was at a game and (Oxford Police Department) Chief Steven Bramlett came up to me in the bleachers and told me to go with him,” Howell said. “I was a little nervous. I had no idea why he wanted me to follow him. Then he told me I had been appointed as an alderman and I needed to go with him to City Hall.”

Howell ran in the city election that May to retain his position and has won every election since.

“I didn’t even think about it at the time, but they told me I was the first African-American alderman,” Howell said. “But it wasn’t so much about being the first for me – it was, and is, about getting things done.”

Howell said he first became interested in running for alderman when someone kept tearing down the street signs on the newly renamed Martin Luther King Jr. Drive.

“I kept asking the city to put them back,” he said. “I thought, ‘If I was an alderman, I’d make sure this was taken care of. I would make sure everyone was treated the same.”

Howell said being an alderman is much like his time in the school district.

“You’re only as good as the people you’re surrounded with, and I’m surrounded by a lot of good people,” he said. “Not just people in my ward, but also my fellow aldermen and the mayors I’ve had the privilege of working with.”

Howell said he enjoys watching Oxford grow, and wants to help the city continue to grow, but grow in a way that Oxford doesn’t lose what makes it special. However, sometimes he has had to make tough choices.

“I remember when West Jackson Avenue was being four-laned, and people would tie themselves to trees, and it broke my heart,” he said. “But could you imagine if we didn’t do that today? As it is, the road is already too small to handle all the traffic, even with four lanes.

“Growth is hard to control but we can help make it move in the right direction, a direction we can all be proud of.”

Howell and Frances have two adult children and three grandchildren.

He has served as mayor pro-tem, or deputy mayor, for almost two decades.

“Being alderman, you’re on duty full-time,” he said. “Sewers back up and people want you to do something about it. People want to see their alderman and they want to see results.”

He works part-time at Enterprise car rental to keep him busy in between serving his constituents.

“I’ve really enjoyed the things that have transpired in my life so far,” he said. “There’s been up and down moments, but overall, it’s been good. Life has been really, really good.”

Favorite Thing About Our Community: The large crowds and Double Decker and the Christmas parade.