One day in Israel: ‘Yes, without a wall’ 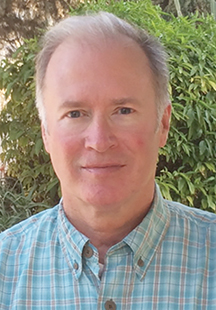 Editor’s Note: John Dunbar of Oxford is exploring Israel with a group of about 40 Episcopalians from Austin, Texas and Mississippi. His wife, Marty, is also on the trip.

The water, at its lowest level in 100 years, is hundreds of yards from its normal shoreline, and there is concern about depletion of the Jordan River watershed. Downriver, at Bethany-Beyond-the-Jordan, where Jesus was baptized, the Jordan River is nothing but a still, shallow creek in reeds.

En route to the dock for the boat ride on the Sea, our Israeli guide repeats his concern that Americans are being misinformed about Israel by U.S. media. CNN bothers him the most.  He does not think we understand how pluralistic Israel is, and he tells us repeatedly that Arabs and Israelis live in harmony in Israel and that Arabs serve as judges in the Israeli judicial system, along with women and Jewish men.

At the dock, at least three boats are being used to take pilgrims for rides on the Sea of Galilee. The pilgrims embark for fifty-minute cruises and return to the dock, to find another group lined up, waiting to embark promptly, a cycle that repeats throughout the day.

There were groups of Canadians, Italians, Germans, Brazilians, Mexicans, and Chinese.

The design of the boats appears to be an attempt to resemble, somewhat, the smaller boats used by Jesus and the disciples.  The interior, dark-wood-planked deck is about twenty feet wide and at least forty feet long, with curved sides under a flat canopy. There is a raised platform at the bow, with a podium facing the stern, and a microphone for a speaker system.

The boat captain at the podium is an Israeli in his 30s, with shoulder length hair, who shares that he is a “believer,” singer and songwriter.

As we pull away from the dock, an American flag is raised on a post at the stern, alongside an Israeli flag. The Star Spangled Banner is played on the boat’s speakers.  At the end of our National Anthem, the boat captain has two comments, undoubtedly his daily shtick: “I understand the next verse is ‘let’s play ball!’ and, ‘if you have a green card, please jump overboard!’”

The microphone is turned over to the Episcopalian rector and canon leading our group, and they lead the communion service on calm seas under sunny skies. The Gospel reading is about Jesus awakening on the Sea to calm the storm frightening the disciples who were with him.

The sermon focuses on the Episcopal Hymn 661, “They Cast Their Nets in Galilee,” based on the poem by William Alexander Percy of Greenville, the final verse of which is:  The Peace of God, it is no peace, but strife closed in the sod, Yet, brothers, pray for but one thing — the marvelous peace of God.”

After the service, our boat captain leads the singing of  “Amazing Grace.” He then sings some of his original songs, and lets us know we can buy them on a CD back at the dock.

After 50 minutes we return to the dock and the next group of passengers is lined up on the dock, ready to get on the boat for their 50-minute ride.  We walk by them, as we get off.  Someone in our group asks in Spanish if they are Mexican.  One replies, “si, sin un muro.”

Translation: Yes, without a wall.

John Dunbar is an attorney in Oxford with Dunbar Davis, PLLC.