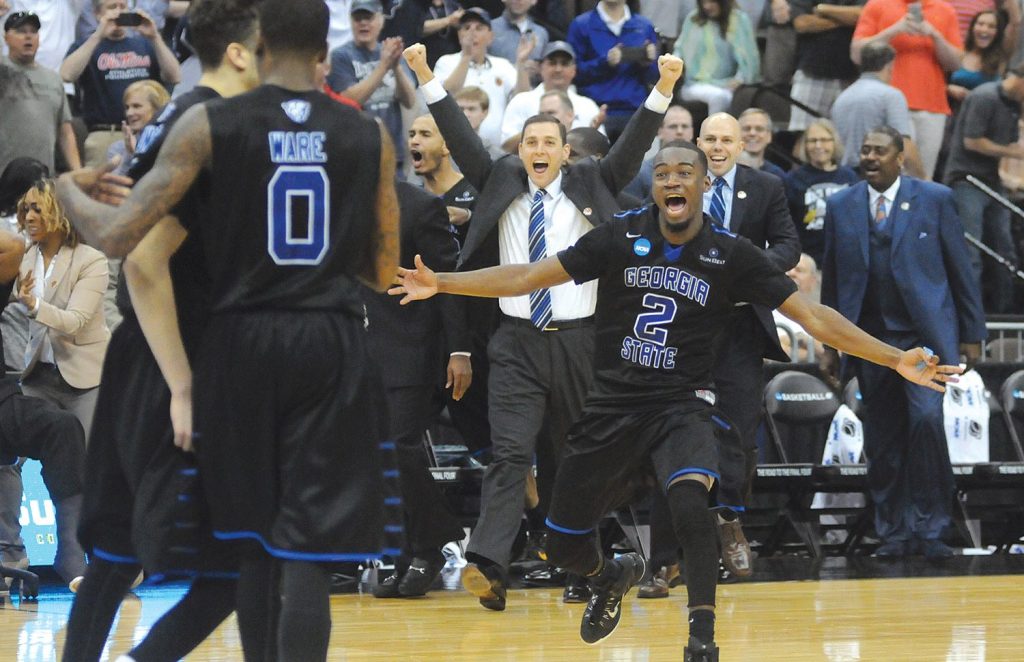 The madness has begun.

People nationwide have started analyzing, evaluating and number crunching as they go about trying to fill out their NCAA Tournament brackets to win their office pool or — let’s be real here — come out in the green on the wagers they’re placing on what’s always one of America’s most popular sporting events every year.

The tournament starts Tuesday with the First Four, but you’ve really got until the action tips Thursday morning to finalize what you just know will be that winning bracket. So here are some tips to help you along the way:

It’s happened every year since the turn of the century and not just once or twice. A double-digit seed has advanced to the Sweet 16 each year since 2008 while at least one has made it to the Elite Eight in two of the last three tournaments.

Syracuse made it all the way to the Final Four last year as a 10 seed. Dayton was in the Elite Eight as a 10 seed in 2014. Little ole Florida Gulf Coast was better known as Dunk City by the time it got to the Sweet 16 as a 15 seed two years ago.

Whatever you do, don’t go chalk throughout the first two rounds. Pick a double-digit seed or two (or three) and ride with them because there’s going to be a Cinderella. I think.

Stay with the heavy favorites

Don’t go too crazy in thinking you’re going to outsmart everybody by picking all the underdogs. That strategy usually has a ceiling.

More specifically, a 16 seed (the lowest seed) has never beaten a 1 seed (the highest seed), and only eight times has a 15 ever knocked off a 2. You figure even it’s just by sheer luck that the 16-1 upset’s got to happen at some point — Western Kentucky gave Kansas a seven-point scare in 2013 — so go ahead and make that bold prediction if you dare, but I’ve already written Villanova, Kansas, North Carolina and Gonzaga into the second round and feel pretty good about it. Only twice since 1989 has a team seeded lower than third won the title.

Don’t pick ‘Nova to repeat. Or do. Whatever.

Of all the top seeds, Villanova is the last one you need to pick to win it all.

Yeah, the Wildcats are good. Really good. They’ve got a lot of pieces back from last year’s national championship team, including National Player of the Year candidate Josh Hart and Kris Jenkins, the buzzer-beating hero in last year’s title game.

But history isn’t on their side.

But hey, this is March, so who knows? Maybe the sport is due for a repeat champ, and with 31 wins already to its name, Villanova is as good a pick as any to cut down the nets come April.

With that in mind…

Keep a red pen/Sharpie nearby

Because no matter how much analyzing, evaluating and number crunching you do, it really doesn’t matter. Regardless of statistics that seem to favor one team or a matchup that, at least on paper, benefits another, there’s always those one or two players on those one or two teams that get hot for a weekend (or longer) and blow everything up.

Your bracket will probably look more like a page in a kindergartener’s coloring book after the first two days. By the time the Sweet 16 rolls around, you’ll be ready to set it on fire.

So embrace the madness. And if you’re one of those who wagers more than the casual amount of money on what happens over the next three weeks, then all I can tell you is good luck.

You’re going to need it.